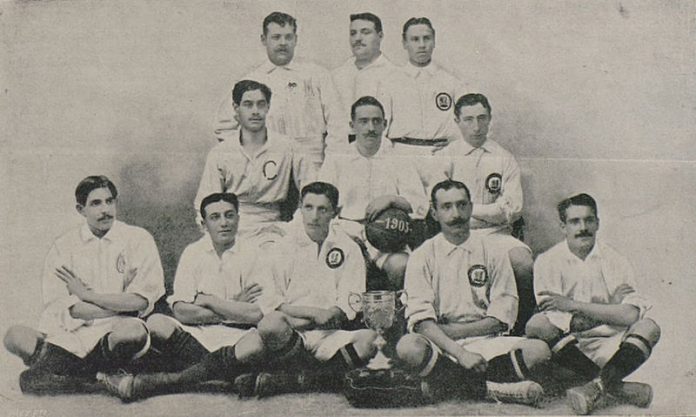 On this day in 1905, Real Madrid beat Athletic Bilbao in the Copa del Rey to win their first major honour.

Known back then as the Copa de Su Majestad El Rey Alfonso XIII  or His Majesty King Alfonso XIII’s Cup, it was an invitational tournament in its initial editions with only three clubs competing in the 1904-05 season – Real Madrid, San Sebastian and Athletic Bilbao.

Each team had to play the other two in one-off games in a league structure. Whichever team finished at the top got the trophy.

Real opened the tournament with a 3-0 win over San Sebastian which was followed by a closely contested 1-0 victory over Athletic at the Hipódromo de la Castellana. The win secured Real’s position at the top. With Real’s insurmountable lead of 4 points (two points were awarded for a win) at the top, the final game between San Sebastian and Athletic was not played.

This was Los Blancos’ first national title. Real have since then gone on to become the most successful Spanish football club in history.