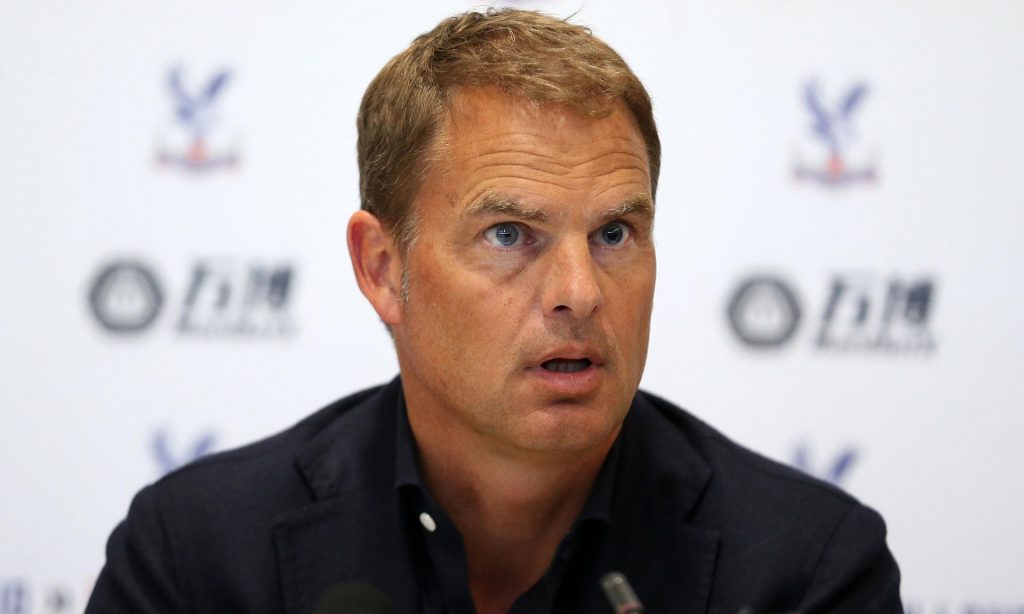 Crystal Palace have announced the appointment of Frank De Boer as their new first team manager on a three-year contract.

The former Dutch International replaces Sam Allardyce, who shockingly resigned from his position in May. De Boer arrives in London after previously managing Ajax and Inter Milan.

The 47-year-old enjoyed great success at Ajax, where he spent the most of his playing career, winning four consecutive titles in the Dutch Eredivisie between 2011 and 2014.

Following his appointment at the Selhurst Park, De Boer told Palace’s official website: “I am thrilled to be appointed as manager of Crystal Palace Football Club.”

“It is a great honour to take charge of such an historic club, a club that is known around the world for its hugely proud and passionate fan base.

It’s the news you’ve all been waiting for…

“This role is a hugely exciting opportunity for me, and I cannot wait to get started in the Premier League with the players and staff here in south London.”

De Boer has been out of work since his dismal departure from Inter Milan in November after three unsuccessful months managing the Italian side.

Crystal Palace chairman Steve Parish said of De Boer’s arrival: “We have undertaken a thorough interview process to ensure we are in a position to appoint a manager of the calibre and experience that Frank brings with him.

“I am pleased to welcome him to Crystal Palace and I know he cannot wait to get started and prepare for our record-breaking fifth season in the top flight.”

Mauricio Pellegrino was also in the running for the Palace job but the former Alavés manager was instead named as the imminent successor of Claude Puel at Southampton last week.
Join our Telegram channel to stay up to date on the latest in marketing