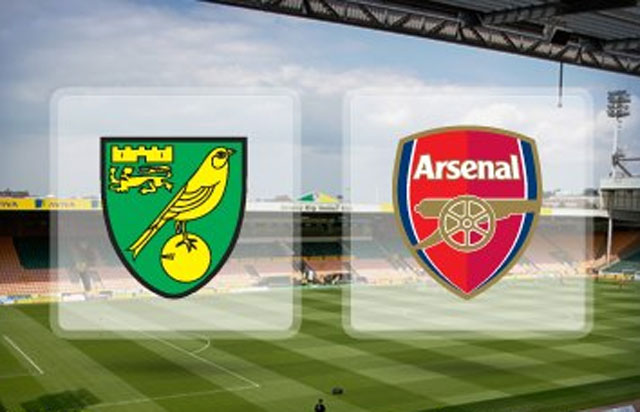 Arsenal dropped out of top two in the Barclays Premier League following their shock 2-1 defeat against West Brom last weekend.

The Gunners, however, remain within the touching distance of a potential title challenge, with only two points behind Leicester and one behind Manchester United (the two teams facing each other on Saturday), but they can hardly afford further slip ups in the league.

Arsenal will be buoyed by their Champions League win, an impressive 3-0 victory over Dinamo Zagreb, in the midweek, and are heading into this fixture with full of confidence.

The Gunners have an impressive away record this season, winning five of their seven away games so far, but Arsene Wenger’s men are still lacking the much needed consistency (having won only once in their last 3 league games) required for a successful title challenge.

Norwich have shown in the past that they are well capable of causing an upset having beaten Arsenal before in the Premier League.

In October 2012/13, the Canaries stunned Arsenal with a 1-0 win, where Grant Holt scored the winner for Norwich.

However, based on recent results, it doesn’t seem like Norwich, lying 16th in the Premier League, can produce something special on Sunday.

Alex Neil’s side have won just once in their last eight games, and are badly lacking in confidence at the moment. And more misery awaits them, as they face Everton, Manchester and Tottenham within their next four Premier League fixtures.

The home side will be boosted by the return of skipper Russell Martin, but midfielder Alexander Tetty will miss out through a thigh injury.

Alexis Sanchez has offered Arsenal a worrying injury scare ahead of the clash with Norwich. The Chilean forward has suffered a hamstring strain and will be assessed ahead of the trip.

Wenger can finally give him some much-needed rest with Aaron Ramsey and Alex Oxlade-Chamberlain are fit to play again.

Joel Campbell is suffering with a calf problem, while Coquelin, Walcott, Wilshere, Welbeck all sidelined with long term injuries.