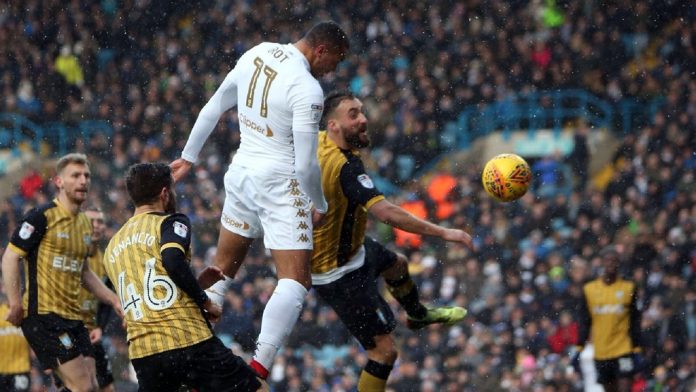 Leeds United crashed to yet another defeat yesterday and the Whites forward Jay-Roy Grot had a game to forget.

The 20-year-old is very highly rated by Leeds United but he clearly needs to develop a lot more before he can make an impact for the first team.

Leeds struggled to contain promotion hopefuls Aston Villa last night. The hosts went ahead through Lewis Grabban at the half-hour mark and the visitors decided to bring on Grot as they chased for the equaliser.

However, Grot struggled to cope with the pace of the game and he was quite wasteful in possession.

Former Leeds fan favourite Noel Whelan was left unimpressed with the young forward’s performance and he shared his thoughts on the player after the game.

The BBC pundit said (via HITC): “Don’t get me started on Grot. I don’t think he passed the ball to one of our players since he came on. First one he gave away, second one he put out of play.”

Leeds United are currently 14th in the Championship standings after that defeat and it will be interesting to see how they regroup in the summer and bounce back next year.

Heckingbottom’s future as the Leeds boss remains in doubt and the fans will be hoping for a better manager in summer.