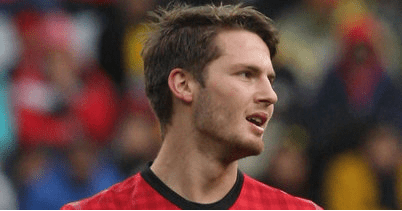 Nick Powell hinted that he could have a very bright future at Manchester United with his performance in the Champions League match against Galatasaray.

When Manchester United signed Nick Powell from Crewe Alexandra for £4 million over the summer, some questioned the nature of the signing. However, the League Two Player of the Year for last season has taken to life at United with ease and there were many signs for optimism with his performance against the Turkish giants.

Powell looks like an extremely versatile player in the attack of the United team. He is good and strong enough to play right up against the defence, holding the ball up and bringing others into play and he also looks good enough to drop into the midfield and play a Paul Scholes type role by playing passes out wide and through the middle.

He also looks like a very busy striker when he gets close to the opposition penalty area. When he’s in possession he is always looking for a little give and go and he is always on the move when he doesn’t have the ball, looking to make a little run in behind the defence to crate himself a chance.

He also looks like a very underrated aerial player and he sent a thumping header against the bar at one point in the match after he cleverly used his weight to back off from a defender to give himself a yard of space to put the power through his beck and the ball.

It was remarkable that he was taken off against Galatasaray with 15 minutes of the match still to go. Expect to see a lot more of Powell over the rest of the season because he looks like he could be the bargain of the season if he maintains the standard of performance that he showed in the Champions League outing.