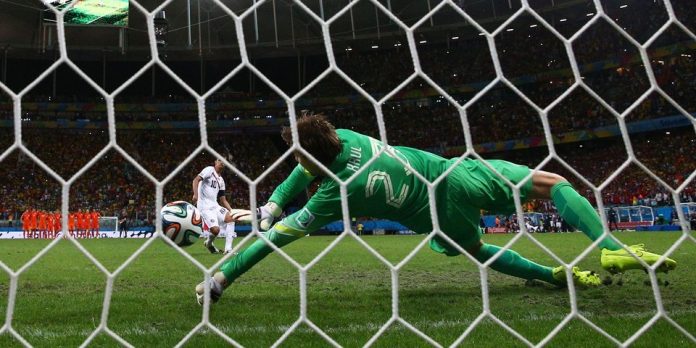 Louis Van Gaal’s Dutch team were held goalless all the way through 120 minutes of play against a feisty Costa Rica side that have done their nation very proud in Brazil. The game took spectacular goalkeeping from Keylor Navas, as well as 3 denials by the framework, to keep goalless and level for 120 minutes. 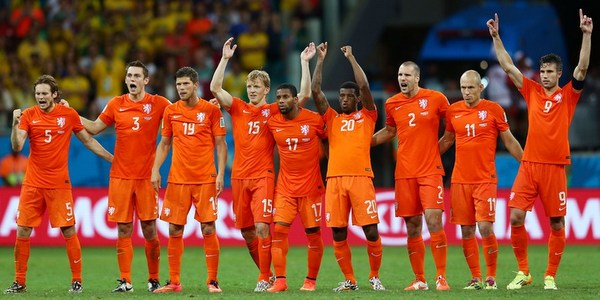 Netherlands maintained their composure under the pressure of penalties and finished all of them with clinical precision, unlike Costa Rica who lacked the coolness of the Greece shoot-out.

It has been a phenomenal success story for a nation of less than 5 million people in the Central American country of less than 20,000 square miles. This has been their most successful World Cup campaign ever, having never made it past the Round of 16 in their 3 previous occasions at the finals.

Massive credit to Costa Rica for forming a solid team that is very difficult to beat, despite being comparative minnows in this World Cup. They have one of the lowest transfer market valued squads, weighing in at not much over a tenth the value of the Netherlands. 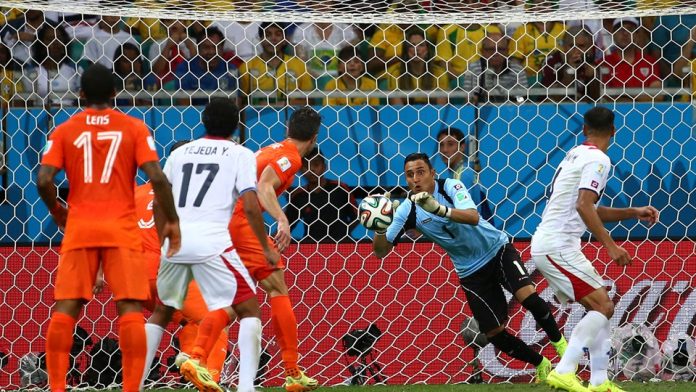 Holland had the lion’s share of possession and goalscoring opportunities in the first half but the Dutch men found themselves up against a once again on-song, Keylor Navas. The La Liga stopper came up trumps many times but most significantly to keep out a quality free-kick by Wesley Sneijder that was headed for the top corner.

The game was a long way from being a thriller at first, taking a long time to get going, with free-kicks being the greatest cause of excitement for most of regulation time. Another saw Robben out wide and, instead of playing it over the wall, he passed it along the edge of the box to Sneijder but the Galatasaray midfielder skied it.

Sneijder also saw a solid free kick rebound off the post, having finally beaten Navas, the woodwork this time denied him. Robin Van Persie was uncharacteristically  tame in front of goal, failing to control one ball to him and completely missing contact with another.

Stoppage time saw more excitement than the previous 90 minutes put together, Holland coming extremely close to stealing a win through Van Persie. The Manchester United striker fired a free-kick in from the right but Navas got behind it with a punch. It came to Blind, who played a threatening cross along the floor into the crowded box. Unbelievably, it evaded everyone, defense and attack, all the way out to Van Persie still on the far side. His shot was cleared off the line, deflected up and cannoned off the bar, and eventually the danger was diffused. 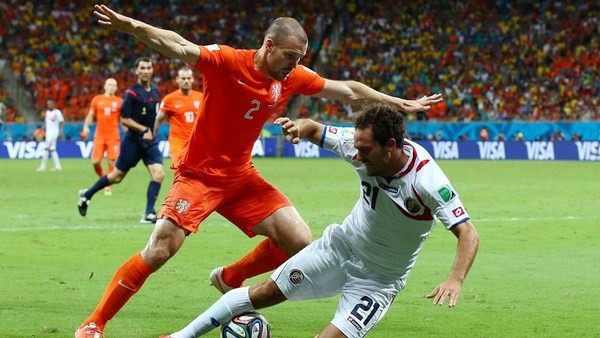 In extra-time, Ron Vlaar had a header kept out by another great piece of goalkeeping from Navas. The Aston Villa defender was then involved in the opposite box when Urena claimed to have been fouled by him and called for a penalty to be awarded. The referee rightly saw the challenge as too innocuous though.

One final moment of drama saw that man Sneijder again hit the woodwork, firing in a shot that so very nearly kept this game from going to penalties.

Penalties and a goalkeeper switch for Dutch 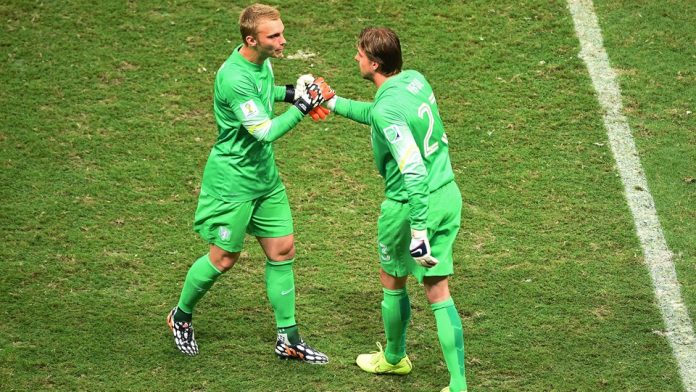 Newcastle goalie, Tim Krul, was brought on for Cillessen as the penalties became inevitable and it proved to be a justified decision by Louis Van Gaal. His 6ft 4in frame was daunting for the Costa Ricans and he managed to save two, both low to his left, to send the Ticos home with broken hearts.