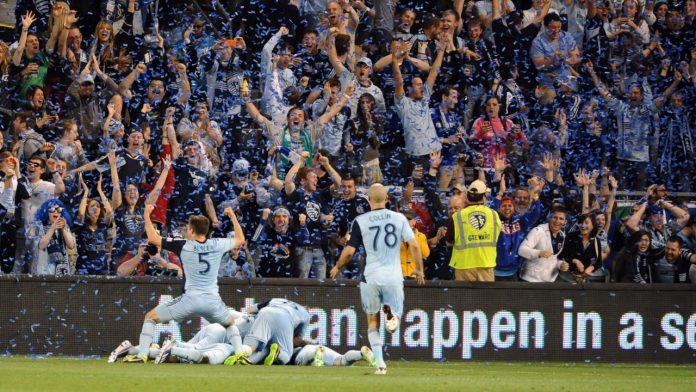 The 2014 MLS season starts tomorrow, and yet the long shadow cast by 2015 is already looming over the league.

When it’s all said and done, 2015 may just be one of MLS’ landmark years on the long, winding path towards becoming one of the best soccer leagues in the world.

In 2015, New York City FC, the spoilt child of Manchester City and the New York Yankees, will become the first MLS team to play in the heart of America’s biggest metropolis, and they’re sure to boast as star-studded a team as the league has ever seen while possibly becoming the league’s highest profile team abroad.

But the expansion spotlight won’t be focused solely on NYC. Orlando City, a true USL, American-soccer success story takes their MLS bow, bringing the league back to the South for the first time since 2001. While Orlando City may not have NYCFC’s resources, they have a committed ownership group, a strong developing fan-base, and the potential to become one of the league’s leading clubs.

Expansion won’t be the only thing going on either. San Jose are slated to finally open their new stadium, bringing a major league ballpark to a city that has always supported the league, and making the kinds of atmospheres seen at Earthquakes games at Stanford Stadium routinely plausible.

The Chivas USA nightmare also ends next year, with the team being bought by a new ownership group, being rebranded and renamed, closing the books on MLS’ biggest and most embarrassing blunder.

Plus, MLS can expect the post-World Cup bounce, with stars who are no longer playing for their place in their national teams released to come to America. It was Beckham in 2007 and Henry in 2011. Who will it be this time around? Drogba? Xavi? Lampard?

MLS will also come into next season with a new and improved labour deal, which should expand the salary cap, possibly add a fourth designated player slot, and continue to clarify the league’s bumbling, ridiculed, write-it-as-you-go, we’ll-cross-that-bridge-when-we-come-to-it rulebook.

Plus: There will most likely be an announcement that MLS’ 23rd team will play at the Falcons’ new stadium in Atlanta, and a start date and stadium plan for Beckham’s Miami MLS team should come into focus.

Oh, and the league begins a new television deal that will provide more MLS coverage than ever before, and attempt to rectify MLS’ big weak-point – TV ratings.

Yes and no. While 2015 is a surefire lock for the history books, 2014 is shaping up to be one of the most exciting seasons on the field in MLS history. 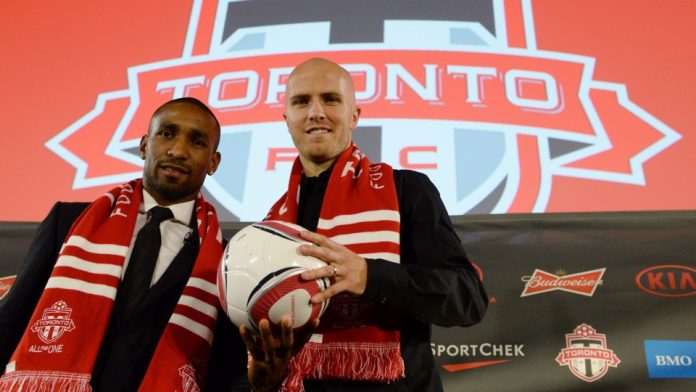 In Toronto, TFC have blasted off, shattering their ignominious and inglorious past with names like Defoe, Gilberto, Bradley, and Cesar. Add the likes of De Rosario, Jackson, and Morrow, and the Reds won’t be shooting for their first playoff appareance ever, they’ll be shooting for MLS Cup.

If things don’t go well out of the gate, hard times could hit affable boss Ryan Nelsen. If things go well, Toronto could become MLS’ biggest club. That was Tim Lieweke’s goal when he signed on with Maple Leaf Sports, and he’d love nothing more than to stick it to AEG’s LA Galaxy, who fired him just before he could close the deal for Frank Lampard.

DC United, one of MLS’ most storied teams, is looking to rebound after a historically dire 2013, and they have totally rebuilt their team, with Eddie Johnson leading the charge. The next step is building that new stadium.

New York were quiet – emboldened by their trophy-winning 2013, and a new philosophy from underdog manager Mike Petke emphasizing stability and team. But the pressure’s on for NYRB this year, before Henry retires, and NYCFC take the city by storm.

Houston know a thing or two about stability, and should be right around the playoff picture again, while upstart New England look to consolidate after a surprise run in 2013 that saw them take Kansas City to the brink.

Speaking of the champs, they’ve only strengthen, and Sporting KC return all the key pieces from their championship 2013.

The new man in Chicago is an MLS vet – Canadian Frank Yallop – who has hardware from stints with LA and San Jose – had a pick of jobs, including his hometown Vancouver Whitecaps, but chose to sign on with the Fire, who’ll push for the playoffs with attack.

The man who got canned in Chicago – Frank Klopas – is in in Montreal, where the Impact’s stunning self-destruction at the end of 2013 hasn’t been aided by a languid offseason that has many predicting that 2014 could serve as a bottoming out.

Philadelphia ran hot and cold last year, and the mandate to get back to the playoffs is clear. There’s a new DP, a French playmaker, and a returning Mo Edu to help reach that goal, but the Union need a solid defense and Jack McInerney to start scoring. John Hackworth has the confidence of the front office – for now.

In Columbus, it’s all about the new: New owner Anthony Precourt is ambitious, and a good match for young coach Greg Berhalter, who gets his first MLS coaching job after managing in Sweden. With additions on the back-line, this team is trending in the right direction, but progress could be slow.

Overall, the East is much more competitive than it was last year, in large part because the awakening of DC and Toronto. BMO Field will be rocking again in 2014, as will RFK, and that’s only good for the league.

The West had a quieter offseason, but the competition remains suffocating.

Real Salt Lake will miss Jason Kreis – the question is how much. His longtime assistant Jeff Cassar takes over, and the old guard of Saborio, Rimando, Beckerman and Morales looks to lead again.

Portland have a mouthwatering attack, a solidified defense, a stud coach, and rabid fan-base. What could go wrong? 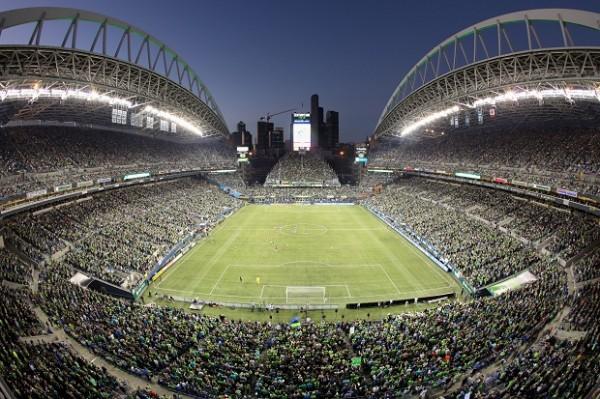 As Seattle would tell the Timbers if the two were on speaking terms, there are quite a few things that could derail a can’t-miss season – for the Sounders last year, it was poisonous chemistry.

The trouble-makers are gone now, but have they been replaced by less talented players? Seattle think they finally have all their ducks in a row, but the pressure is firmly on the erstwhile revered coach, Sigi Schmid.

LA could be ready to pounce – Landon Donovan is in for a full season, Bruce Arena has a contract extension and key pieces were added over the offseason. They were quiet last year, but the Galaxy could reign again in 2014.

Colorado is in more than a spot of bother, considering they tried to hold onto Oscar Pareja until be bit his way to Dallas, and now they don’t have a coach going into the season. As if that weren’t bad enough, Pablo Mastroeni is now guiding a young team that will miss Pareja’s touch.

There’s new hope in Dallas, where chemistry issues also surfaced last year. Parjea wants to go the route of youth and attacking football, which could see attendances continue to increase from a promising 2013, but talent is lacking, and it will be a stretch to make the playoffs.

San Jose has made their interim coach from last year Mark Watson the permeant head man, and the hottest team at the end of last season looks to continue their momentum from last year behind a rebrand and that unmissable smash and bash style of play fitting of the nickname, “Goonies”.

Vancouver was harsh in sacking Martin Rennie at the end of last season, and then struck out trying to hire a big name (read: Bob Bradley) in the offseason, so they also promoted from within – Carl Robinson is the man. The ‘Caps have added some pieces, but they also lost Camilo in a bizarre offseason dispute with Quinetero. Have they done enough to make a playoff push?

Meanwhile, Chivas USA had a very good offseason (now that the all non-Latino ban has been lifted), both in the players they brought in – Mauro Rosales, Andrew Jean-Baptiste, and Luke Moore – and a professional coach, Wilmer Cabrera. Not that it matters much anymore. Chivas are a dead club walking. Eyes on 2015 for sure.

Ready for next season? Hold on a year. This season could be a lot of fun too.