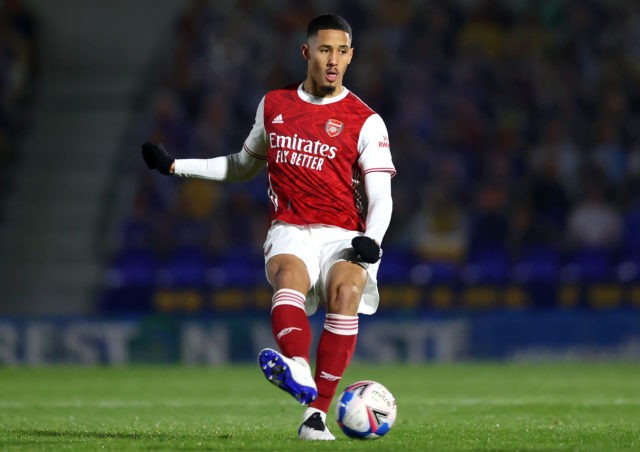 Arsenal boss Mikel Arteta has claimed that William Saliba could leave the Gunners on loan in the January transfer window.

The Gunners lost 4-1 in the Carabao Cup clash against Manchester City on Tuesday night, where Arteta gave chances to several young players.

However, Saliba – who joined the club for a reported fee of £27m in 2019 from French side Saint-Etienne – wasn’t included in the squad.

When asked why he didn’t feature, Arteta responded that the club has taken the decision to not include him even though he was eligible to play in the EFL Cup. He added that the club is looking to loan him out next month.

Arteta said about Saliba, as quoted by Football London:

“He cannot be involved because he’s not in the squad.

“No we made the decision with him and we will see what we are going to do in January. We are talking about it yes.”

Saliba remained with the French club for the rest of 2019 on loan to gain experience.

However, the early end to the Ligue 1 season meant the loan move didn’t work out smoothly for him, and he returned to north London.

It was supposed to be his breakthrough year at Arsenal, but the highly-rated young defender is yet to appear for the Gunners.

He has been excluded from the Europa League squad, with Arteta claiming earlier this month that he cannot offer him the game time he needs because this is his ‘transitional year’, and wants him to go out on loan instead.

He is likely to return to France next month, with Saint-Etienne, his former club, keen to sign him on loan for the rest of the season.