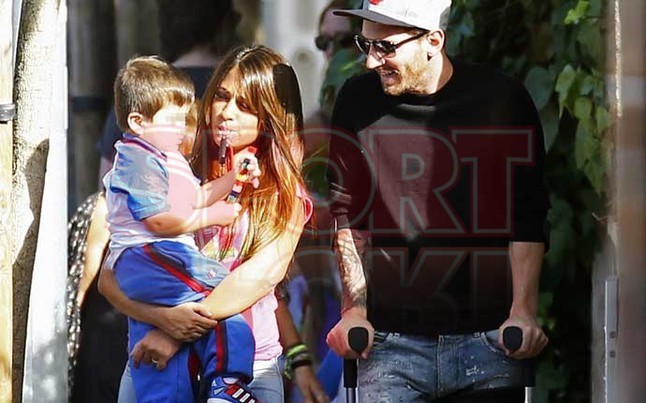 Barcelona star Lionel Messi begins his recovery from the knee injury suffered against Las Palmas and the Argentine genius is targeting a come-back against Real Madrid on November 21st.

On Tuesday, he was seen with his wife, Antonella, picking up his son, Tiago from the school where he studies. 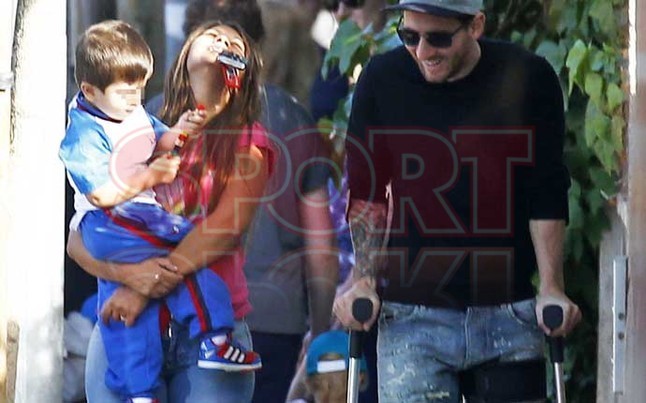 Catalan newspaper Sport have some exclusive pictures of Messi walking on crutches with his injured leg being strapped as precautionary measures.

As per the report, he was initially scheduled for walking with crutches from Monday, but the doctors opted for caution and the decision was delayed for a day. 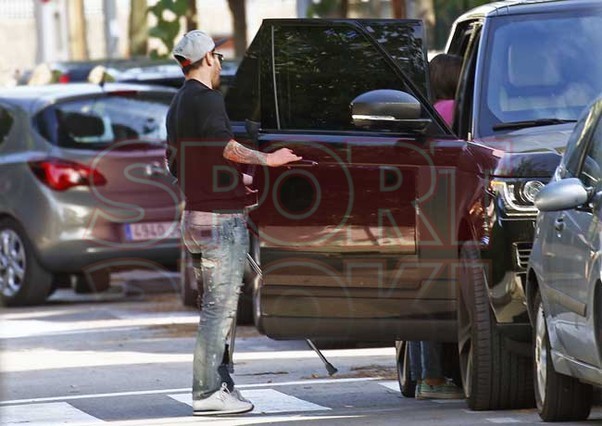 It is speculated that he will be able to start running again within two weeks.

* All the images are taken from Sport.