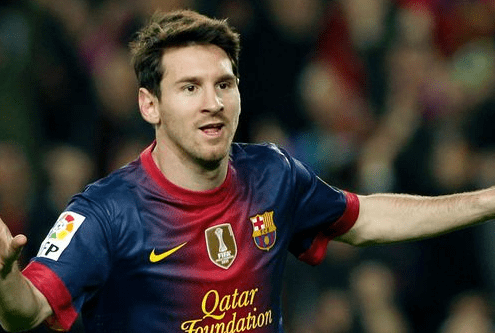 Barcelona have announced that star player Lionel Messi has agreed to extend his contract to 2018.

It virtually stamps out the chance of any financially backed club coming in and trying to get the Argentinean to leave the Spanish giants where he has made his name in the sport.

The deal means Messi should remain a Barcelona player until he is at least 31-years-old which also strongly suggests that he will finish his club career at the Nou Camp along with defender Carles Puyol and Xavi who have also signed contract extensions.

“In the coming weeks Puyol, Xavi and Messi will sign their respective new contracts. This news means that FC Barcelona has secured its ties with three of its most important players,” the club confirmed.

The news is simply a two-year extension of Messi’s current contract which currently expires in 2016. Puyol will be 38 when his new deal runs out and Xavi will be 36 so their extended deals mean they will retire as Barcelona players.

This is significant for Barcelona because these three players form the spine of the current Barcelona team; a central defender, a central midfielder and a key striker. This should maintain the longevity of the brilliant football Barcelona produce on a weekly basis.

It virtually ensures that Barcelona will retain their style of play over at least the next four years which has been so efficient in helping the side to win trophies over the last few years.

With the buy out clause in Messi’s contact thought to be in the region of around £250 million it makes him untouchable to all clubs across the world. He has scored 90 goals and counting in the calendar year of 2012.

All three of the players who have agreed deals all came out of the Barcelona youth system. Messi has been a Barcelona player since the age of 13-yars-old meaning his new deal should see him complete at least 18 years at the club.

The news will be a massive boost to fans who may have been worried that key players would seek a different challenge outside of life at Barcelona.