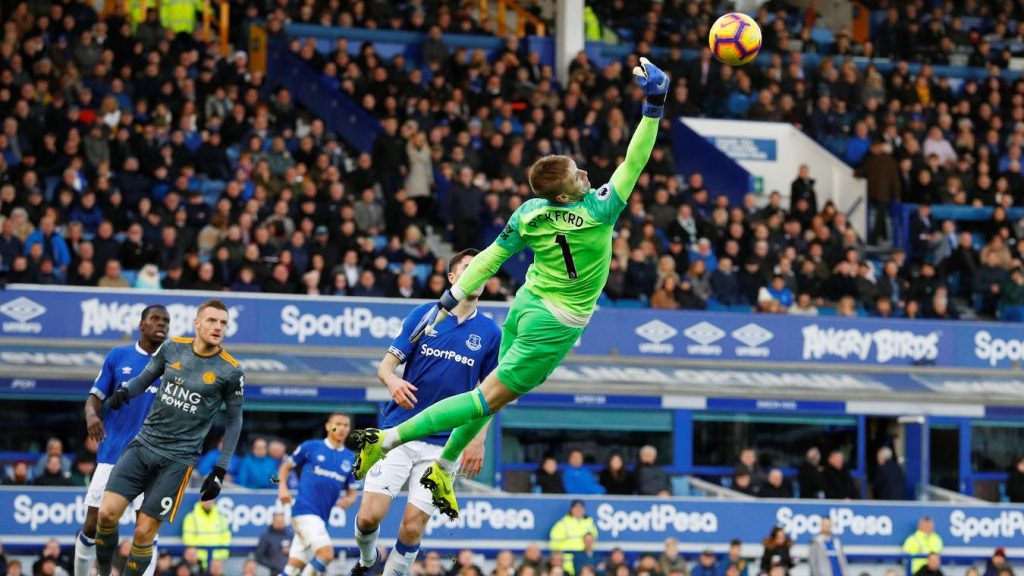 Everton’s poor run of form continued during the week as they suffered their 11th defeat at the hands of Manchester City in front of their home fans on Wednesday night.

Aymeric Laporte grabbed the opener on the stroke of halftime after enjoying enough freedom in the penalty area to head past Jordan Pickford, thanks to some questionable defending from the hosts.

Gabriel Jesus sealed the victory in stoppage time to condemn Marco Silva’s men to their seventh defeat in their last 10 league matches.

Everton have now shipped 38 league goals this season, and 12 of them have come from set-pieces – the most of any top-flight side.

The defence should be worried, and former Arsenal defender Martin Keown has a piece of advice for the Toffees’ backline on how they can improve going forward.

“For all their endeavour, yet again Everton were undone by a set-piece against Manchester City. They have now conceded 12 goals from set-plays — more than any team in the Premier League. That statistic should offend every Everton defender. Where is the leadership?,” Keown wrote in his Sportsmail column.

“As a centre back defending a corner or free-kick, it is not enough to just make sure you are in the right position. You have to make sure that everyone is doing their job as well. Too often, players will trot back for a corner and treat it as a breather. It is up to the defenders to get them organised quickly and alert to the danger. The best way to practice set-pieces is to whip balls in on the training ground and defend them in a full-blooded manner.

“I wanted to head the ball as much as I could in the week so that come Saturday, my timing was spot on. Marco Silva needs to drill his squad but that is only part of the solution. The players need to show the desire to defend properly.”

Silva will definitely be working hard behind the scenes to ensure his defenders get better during set-pieces, but as Keown pointed out, it’ll take individual efforts on their parts to get things right.

Everton’s Premier League rivals will reckon defending dead balls is the team’s major weakness right now, and most managers will want to exploit it to the fullest going forward.