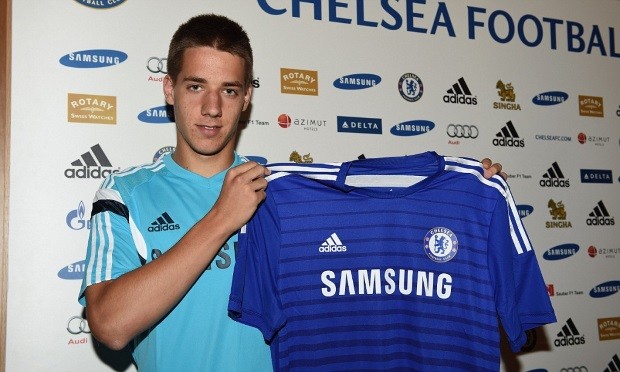 Croatian midfielder, Mario Pasalic, says that he supports Chelsea and wants the Blues to win the Premier League title this season.

The 22-year-old midfielder joined Chelsea from Croatian club, Hajduk Split, in 2014 for a reported fee of £3m. Since then the Croatian international has been a regular victim of Chelsea’s loan programme, and is yet to feature for the club’s senior team.

Chelsea are at the top of the Premier League, leading second-placed Manchester City by eight points. Although a lot of games are yet to be played, Chelsea are better placed to win the title than their rivals.

Pasalic wants Chelsea to win the title, but he is not sure where his future lies next summer. He said in a recent interview:

I support Chelsea, I hope they win the Premier League.

Now I’m a Milan player, then we’ll see. At the end of the season the two clubs will have to talk.

He was immediately loaned out to Elche in 2014. The following season, he moved out on loan to Moanco, where he scored three goals in 16 appearances for the French club.

In the summer of 2016, Pasalic joined Serie A giants AC Milan on a season long loan. He has scored two goals in 17 appearances for them so far.

Pasalic has a contract with Chelsea till 2018, and thus the upcoming summer transfer window could be a decisive one for his future.

Chelsea will face Championship side Wolves in the FA Cup fifth round tie on Saturday.