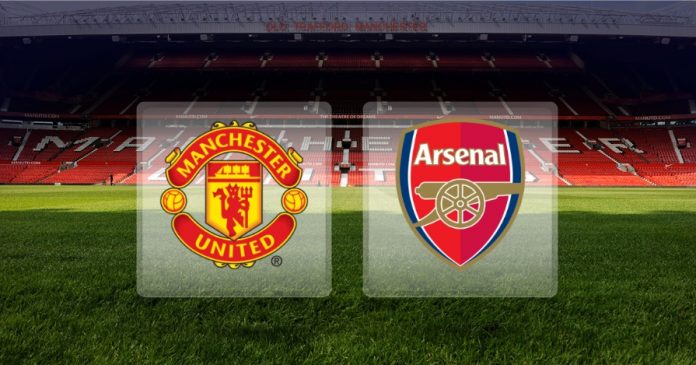 Manchester United take on Arsenal in a high-octane Premier League clash this weekend.

Both teams will be desperate for a win against each other. Manchester United are chasing the fourth and final Champions League spot and Arsenal are in the mix for the Premier League title.

A defeat for either side could be a damaging blow to their dreams, especially with the likes of Spurs and Leicester performing well consistently.

The Old Trafford giants will be looking to dent Wenger’s title hopes with another impressive performance against a top side. Despite their struggles this season, Van Gaal’s men have done very well against the top teams and will look to continue that trend.

Arsenal are behind Leicester and Spurs in the title race and cannot afford to drop more points. After their morale boosting win over Leicester City last week, Wenger will be hoping that side can pull off another special win against their bitter rivals this week as well.

After a disappointing loss against Barcelona, Arsenal’s European campaign is more or less over and the Premier League is their only hope of winning a major trophy this season.

Manchester United are plagued with injuries at the moment.

The Old Trafford outfit could be without Cameron Borthwick-Jackson for the Arsenal clash.

Striker Will Keane is almost certainly out with a groin problem he picked up during the win over Shrewsbury on Monday night.

David de Gea is closing in on his return, but Louis Van Gaal will be without his captain Wayne Rooney who is still recovering from a knee injury.

Chris Smalling could also be ruled out of Sunday’s game along with Darmian, Jones, Shaw and Young.

Marcos Rojo and Antonio Valencia have returned to training and could be on the bench for United.

Midfielder Bastian Schweinsteiger is out for a further four weeks and striker Anthony Martial could be a doubt after missing the return leg against Midtjylland. The likes of Januzaj and Fellaini are recovering from injuries as well.

As for Arsenal, there are no new injury worries for Arsene Wenger.

The Gunners are still without the midfield trio of Cazorla, Wilshere and Rosicky. Brazilian defender Gabriel is recovering from his injury as well.

Arsenal have beaten the Manchester United just twice in their last 11 Premier League attempts and haven’t won at Old Trafford in the league since 2006.

Manchester United have conceded just 5 League goals in their 12 home games so far this season.