Liverpool earned a convincing 2-0 victory over arch-rivals Manchester United to take full control of their Europa League last-16 clash. Jurgen Klopp’s men seized the initiative from the first minute of the game and never gave Louis van Gaal’s side an opportunity to settle into their rhythm. For the majority of the night, United looked disjointed and gave a sub-standard account of themselves as Liverpool flourished and dazzled in front of the Anfield lights on yet another impressive European night. 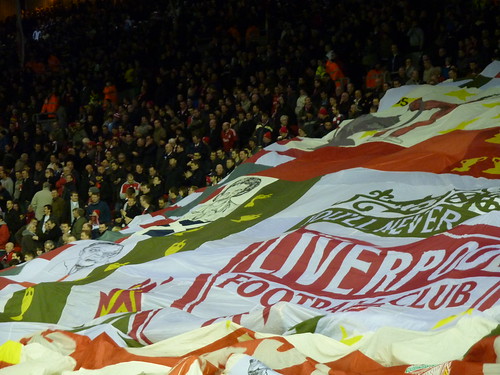 United now have it all to do if they are to advance to the quarter-finals of the competition. The Red Devils failed to find that elusive away goal and Van Gaal’s men will have to be aware of Liverpool’s threat on the counter-attack. If the visitors score once, United will have to score four times. It’s now coming up to three years since United last won a major trophy and, with Van Gaal failing to inspire confidence at Old Trafford, it very much looks as though that run is set to continue for another year.

As of March 11th, United are priced at around 11/2 to advance to the next round in the UEFA Europa League competition betting markets. The Red Devils recovered from a two-goal first-leg deficit in the 2013-14 Champions League last-16 stage to beat Olympiakos under David Moyes but this is a completely different kettle of fish. Klopp’s Liverpool are relentless and the German would love nothing more than to send out a huge statement of intent. Under Klopp, Liverpool could go on to win the Premier League title. But, for now, their eyes will remain firmly on the second leg at Old Trafford and a potential European double over their closest rivals.

If it wasn’t for Spanish goalkeeper David de Gea, this tie could already be out of sight. The United shot-stopper made at least three or four world-class saves throughout the first leg and the Red Devils have him to thank for keeping them in the contest. In all honesty, De Gea has saved Van Gaal’s side on numerous occasions during the Dutchman’s tenure at the club and they will do extremely well to keep hold of the Spain number one this summer – especially if Real Madrid decide to make a fresh approach for the 25-year-old.

Can United get the job done in front of their home fans? It’s going to be incredibly difficult to say the least. If Van Gaal’s side get an early goal then who knows but United will find it hard to stop Liverpool from scoring. Klopp’s men are beginning to find their feet and are unbeaten in their last 11 matches in all competitions. With Roberto Firmino, Philippe Coutinho and Daniel Sturridge in fine form, the Reds have enough quality to create chances and even a world-class De Gea can’t save everything. United need a minor miracle or Liverpool may be England’s main hope of Europa League glory this season.