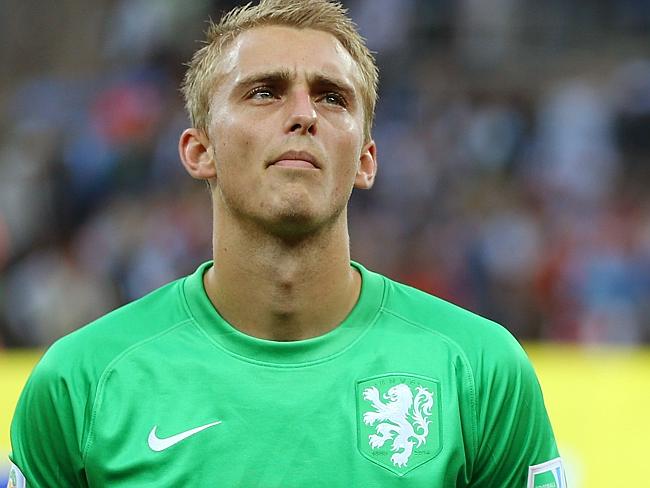 Last week Manchester United and PSV Eindhoven both announced that an agreement had been reached for the signing of Dutch winger Memphis Depay. The 21-year-old will travel to Manchester this week to undergo a medical and complete other formalities.

United are expecting a busy summer transfer window where there could be plenty of ins and outs. One of their biggest concerns now is to securing a deal for goal keeper David de Gea, who is a reported target of Real Madrid.

De Gea has refused to sign a new deal at the club, although United are confident that the Spaniard will eventually put pen to papers.

Reports in Holland suggest, United are heavily linked with a move for Jasper Cillessen, the 26-year-old Ajax goal keeper, who has won the Player of the Year award this season.

Dutch media outlet Soccernews claim that Cillessen could be one of the candidates to join Old Trafford if David de Gea leaves the club.

Ajax chief Frank de Boer believes the Dutch keeper has the potential to become a world class keeper, and doesn’t expect him leave the club any time soon.

In an interview with Ajax TV, he says that if there is any serious interest from big European clubs (United and Bayern Munich are linked) they would consider, but then again, it has to be a genuine interest.