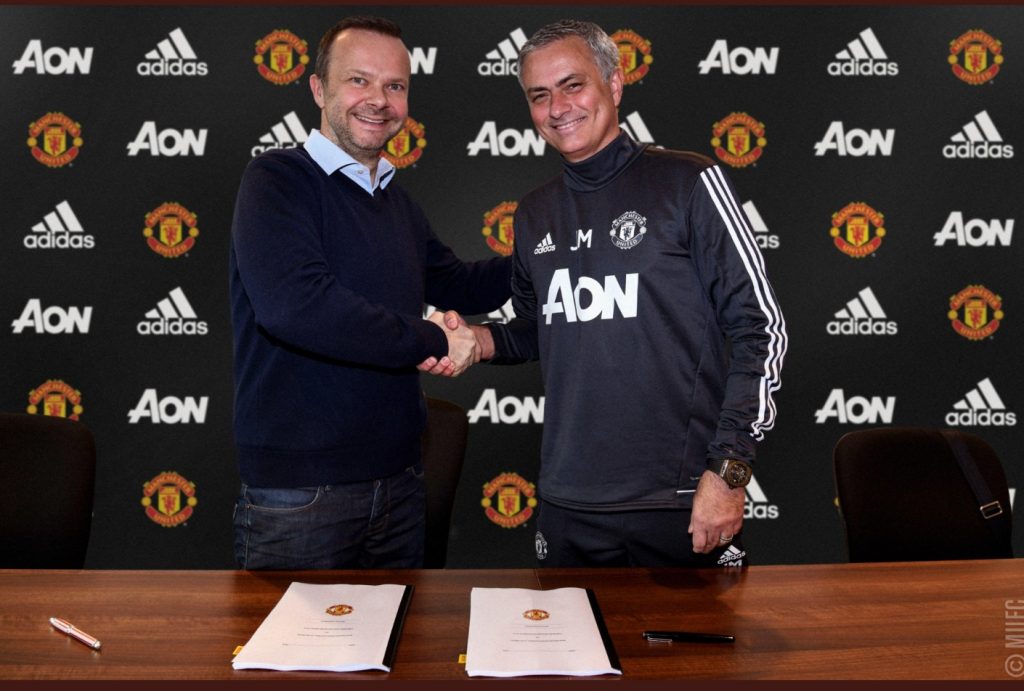 Manchester United have officially announced that Jose Mourinho has put pen-to-paper on a new deal. The Portuguese manager will stay at Old Trafford until at least 2020.

Mourinho enjoyed a successful debut season at Old Trafford. League Cup success was followed by a triumphant Europa League campaign that made him the first United manager to win a European trophy at the first attempt.

On signing the deal, Mourinho said:

“I am really honoured and proud to be Manchester United manager. I would like to say a big thank you to the owners and to Mr Woodward for the recognition of my hard work and dedication. I am delighted they feel and trust that I am the right manager for this great club for the foreseeable future”

“We have set very high standards – winning three trophies in one season – but those are the standards I expect my teams to aim for. We are creating the conditions for a brilliant and successful future for Manchester United”.

Currently United are in second-place in The Premier League table. Being a huge 12-points behind neighbours Manchester City, it would take something special to catch their rivals. Mourinho will firmly believe ‘It isn’t over until the fat lady sing’s’.

The Red-Devils also have the FA Cup to contend with – where they face Yeovil Town in the 4th round. Last but not least there is also a Champions League campaign to fight for. Their last-16 opponents are Spanish club Sevilla.

Earlier in the season some United fans  voiced opinion to Mourinho’s defensive approach. However many firmly believed he can add to last season’s success. 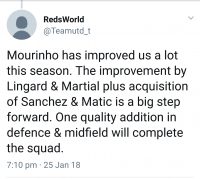 It’s fair to say United fans are extremely pleased with their boss signing on the dotted-line. Time will tell whether he will stay longer and become as much a legend as a certain former United manager… Sir Alex Ferguson.