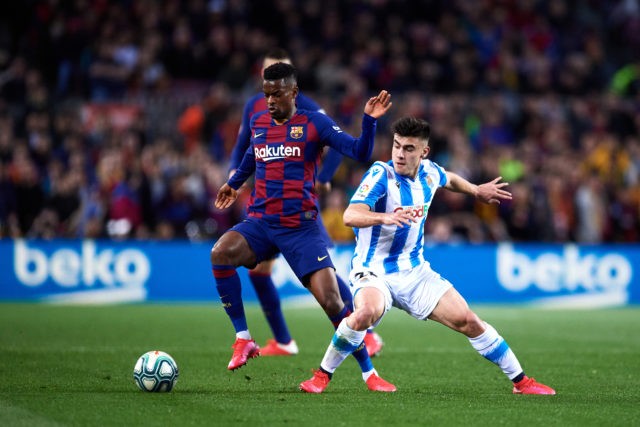 Manchester City are in advanced negotiations with Barcelona regarding the signing of defender Nelson Semedo, Spanish outlet Sport claims.

The Cityzens currently have Kyle Walker and Joao Cancelo as the senior right-backs but the latter has struggled to adapt to the Premier League since his move from Juventus last summer.

The Portugal international arrived from the Bianconeri in a part-exchange deal which saw Danilo head in the opposite direction but he has since made only 11 league appearances without a goalscoring contribution.

According to Sport, Cancelo could be part of another swap agreement during the summer with the Cityzens keen on signing Semedo, who wants a fresh challenge away from the Camp Nou.

The same publication cites that the 25-year-old would act as the makeweight in the proposal to sign compatriot Semedo, for whom the Blaugrana want an additional £39m (€45m) in cash.

Semedo has often shared the right-back duties alongside Sergi Roberto at the Camp Nou and he has made only 16 starts in the Spanish La Liga this term.

Owing to this, the 26-year-old has already signalled that he won’t extend his contract beyond the summer of 2022 and that has contributed to the Blaugrana listening to offers for him.

Should he make the move to the Cityzens, he will face competition from Walker, but given the Englishman will soon turn 30, he has a good chance of competing and becoming the undisputed choice in the long-term.