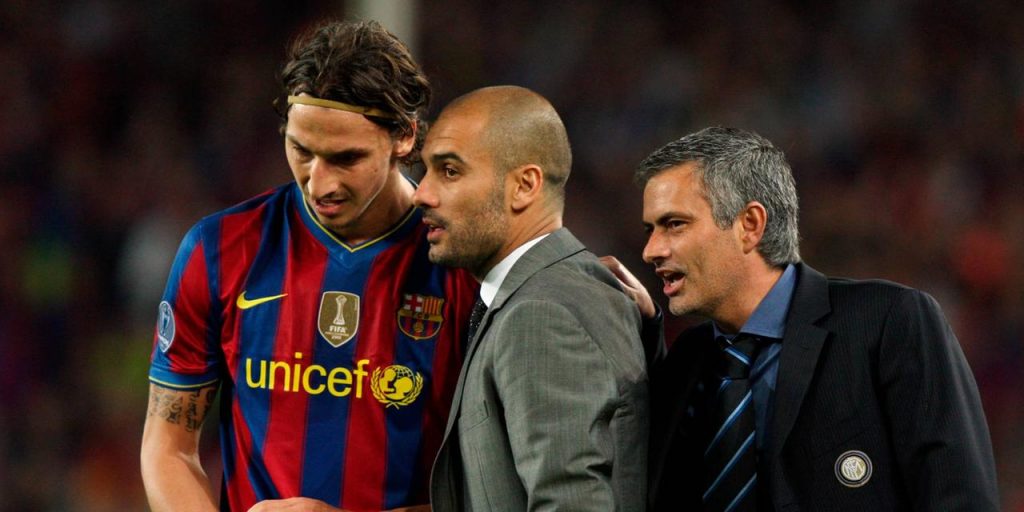 Zlatan Ibrahimovic’s agent has claimed that the Swedish skipper ‘wants revenge’ on his former Barcelona coach Pep Guardiola next season.

Ibrahimovic infamously fell out with Guardiola during his short-lived spell at Barcelona and went on to describe the Spaniard as a “spineless coward” in his autobiography ‘I am Zlatan’.

The former Paris Saint-Germain talisman is widely expected to join Manchester United this summer, the local-rivals of Guardiola’s new club Manchester City and Ibrahimovic’s agent Mino Raiola claims that the striker ‘learned a lot’ during his one-season spell at Barcelona under Guardiola.

“I think he wants revenge on Guardiola, although he does not live for it because you shouldn’t have two graves – one for him and one for the enemy,” Raiola told Marca.

“You learn more from defeats than you do from victories, and Zlatan learned a lot from what happened with Guardiola.”

Despite their differences, however, Raiola suggests that Ibrahimovic admires the former Bayern Munich boss as a coach.

“As a person, I don’t like him either,” added Raiola. “Zlatan admits he is a great coach and I can think it but refuse to admit it.”

Ibrahimovic, who is currently on international duty to represent Sweden in the Euro 16, scored a career-high of 38 goals in 31 league appearances for PSG last season and is expected to sign a one-year contract with Manchester United next month to reunite with his former Inter Milan boss Jose Mourinho, who the striker once described as a the person ‘I was willing to die for’.