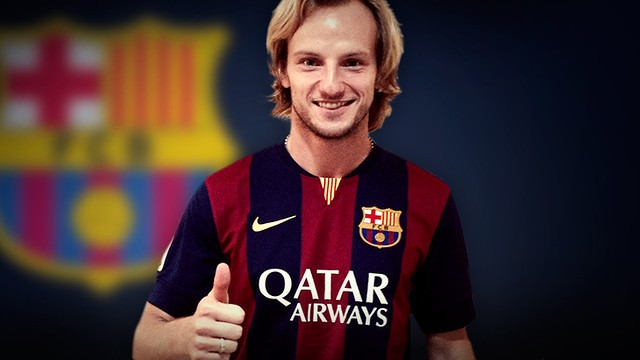 According to Don Balon, Manchester United and Liverpool are ‘knocking on the door’ of Barcelona midfielder Ivan Rakitic. His departure would come as a major shock given Andres Iniesta is leaving Barca this summer. Rakitic’s teammates are reportedly desperate for him to stay too, with Lionel Messi regarding the Croatian international as an ‘essential piece of equipment’.

Signed from Sevilla in 2014, Rakitic has gone on to make 213 appearances in all competitions, scoring and creating 57 goals. The talented midfielder has won three La Liga titles, four Copa Del Reys and one Champions League trophy, but he still has an uncertain future. Don Balon believe he’d be open to the right move, but Barcelona surely wouldn’t leave themselves so short in the engine room.

Liverpool are after a midfielder as Emre Can is off to Juventus this summer, while James Milner will turn 33 during the course of next season. Naby Keita is being brought in to provide some combative quality and industry, but Rakitic is highly creative and would provide even more firepower to Liverpool’s fearsome attacking trio – Sadio Mane, Roberto Firmino, Mohamed Salah.

As for Manchester United, the Red Devils are losing Michael Carrick to retirement this summer, while Maroune Fellaini is out of contract in the coming months and could be leaving the club. Liverpool and United have a need for a new face in the middle of the park and could be battling it out for the Barcelona star this summer as a result.