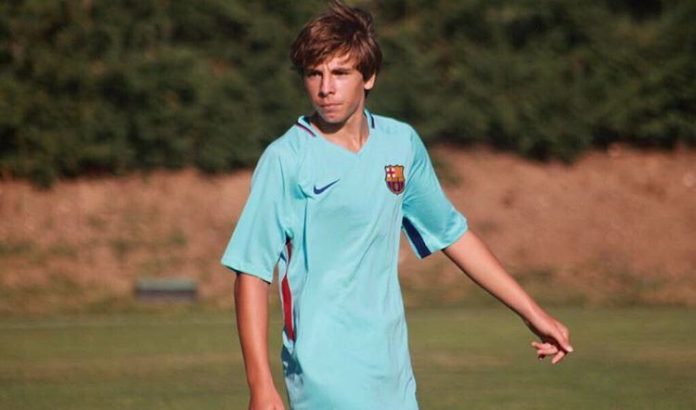 According to Sport journalist Albert Joge, Manchester City have agreed a deal for Barcelona’s highly-rated midfielder Adria Bernabe. It’s a big signing from Pep Guardiola as the La Masia playmaker has been tipped for a bright future. City Watch say the Catalan giants had hoped he’d become a first-team player in due time, but now City will benefit from Barcelona’s loss.

The 17-year-old could initially join the Sky Blues’ u18 side and be promoted to the reserves if he can impress. With David Silva, Kevin de Bruyne and Ilkay Gundogan for competition in the first-team, Bernabe will have to remain patient for opportunities, but supporters could see the teenager turn out for the seniors sooner rather than later.

Bernabe said his goodbyes to Barca in an emotional Instagram post, but he has a lot to look forward to in Manchester. The chance to play under Guardiola could greatly boost his development and he’ll have stellar players to learn from in the first-team.

As for Barcelona, Bernabe looks to be one of four players exiting La Masia this summer, raising questions over how clear the pathway from the academy is to the first-team. Joel Lopez is set to sign for Arsenal, Pablo Morena looks on his way to Juventus and Robert Navarro is set to join AS Monaco.