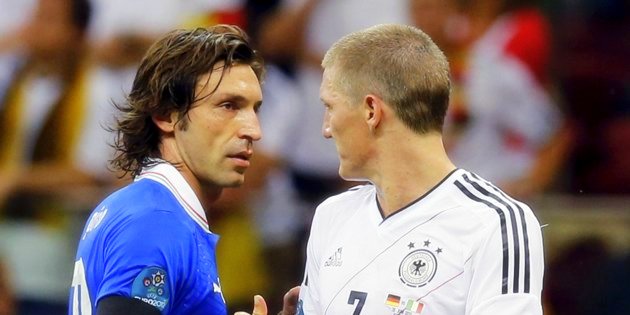 Manchester United have suffered a massive blow as their star summer signing Bastian Schweinsteiger has suffered a “little injury.”

The World Cup winning midfielder arrived at Old Trafford after leaving Bayern Munich, following a 17 year long spell. He came as a second half substitute during the first two matches, which was won comfortably by the Premier League giants against Club America and San Jose Earthquakes.

United face Barcelona in the third pre-season fixture of the tour in the United States on Saturday. The former Netherlands manager has admitted that the line-up against the Catalan club will also be the same line-up when the Red Devils face Tottenham Hotspur in the opening day of the season on August 8.

“Bastian shall not play because he had a little injury. I shall play with the line-up I think we could play against Spurs. we play the first half with players for 60 minutes. I have to make a selection now,” Van Gaal said.

The former Barcelona and Bayern Munich manager also admitted that goalkeeper David de Gea may take the position in between the poles against the treble winners on Saturday. He has passed fit for the third fixture of the tour.

The Spain international has one year left on his contract and has been heavily linked with a move to Real Madrid. With De Gea set to start against Barcelona and Van Gaal’s comments saying the lineup against the La Liga giants will be the same for the clash against Tottenham, it is likely that De Gea will not leave until the new season starts.

“When a player is injured it’s the same thing you have to wait in the season. I give players time to recover and build up their fitness. It’s still possible he’ll be ready to start the season against Spurs because he shall play tomorrow,” United manager added.