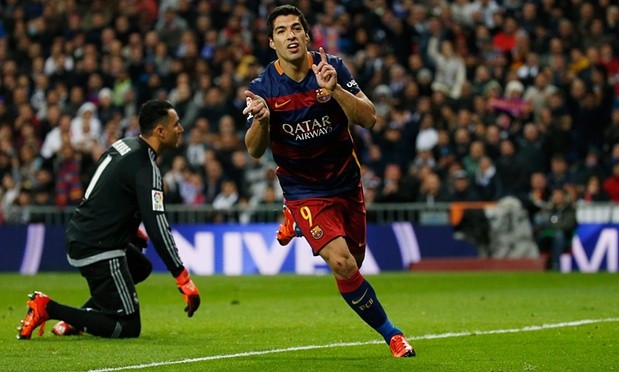 Barcelona delivered an absolutely scintillating performance to beat arch-rivals Real Madrid 4-0 at the Santiago Bernabeu. The Catalans were simply unstoppable, as goals from Luis Suarez (two), Neymar and Andres Iniesta stretched their lead at the top of the table to 6 points. 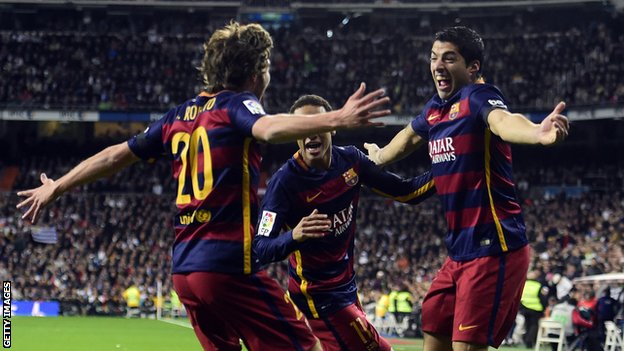 The home side were not in the game right from the first whistle, and it only took the visitors 11 minutes to strike their first blow. Sergio Roberto, an ever-reliable creator from midfield for Luis Enrique, cut through the Madrid midfield before slipping in a wonderful pass for Suarez. The finish from the Urguayan was absolutely fantastic, with the outside of his right foot.

Barca continued to dominate possession, as Rafa Benitez’s men found it impossible to gain a foot-hold in midfield. It was 2-0 6 minutes before the break, with Neymar getting on the scoresheet following an Iniesta pass. The Brazilian could have scored his second on the stroke of half-time, but was thwarted by a phenomenal clearance on the line by Marcelo.

The third goal came 10 minutes into the second half, and was a thing of beauty. Iniesta played the ball into Neymar, who backheeled it back to the Spaniard before the Spaniard rifled the ball into the top corner. The fans were being treated to some of the best football ever played, but had their heads in their hands. 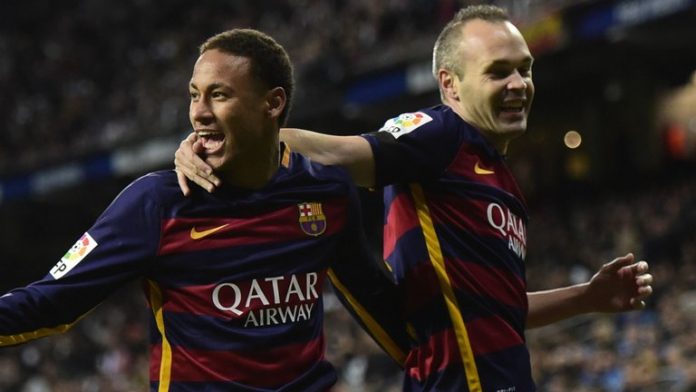 Lionel Messi came on for his first appearance since September a couple of minutes later. Even without the best player in the world, Barcelona were ripping Madrid to shreds. Once the Argentine gets back into his groove, it is scary to imagine how good this team will be.

The rout was complete on 74 minutes, when Madrid were absolutely picked apart once again, and Suarez had the time and space to dink the ball over Keylor Navas. It could have been worse, with Munir El Haddadi missing a couple of sitter after coming on. At the other end, Claudio Bravo pulled out some fantastic saves to keep out Cristiano Ronaldo.

All in all, it was an absolute disaster for Madrid, with the fans chanting former manager Jose Mourinho’s name in the second half. Benitez has a lot to answer for in the coming week.