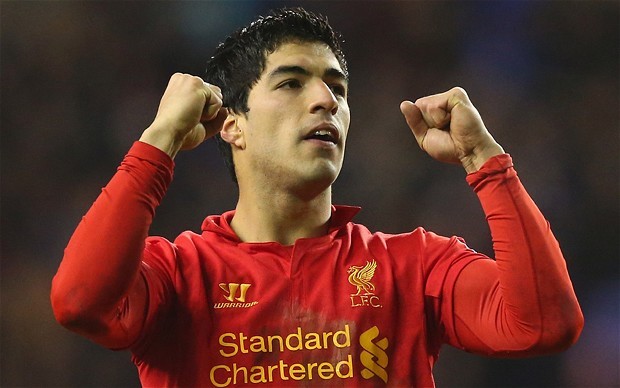 Be it the acquisition of a major international name, or the return of a prodigal hero, the flamboyant unveiling of a major signing by the world’s biggest clubs has long since become part and parcel of the realm of modern football. From the 80,000 fans who welcomed Cristiano Ronaldo to the Bernabeu, to Robinho’s triumphant return to his boyhood club of Santos, such events undoubtedly generate huge levels of excitement and expectation amongst fans of clubs right throughout the globe.

It seems somewhat strange then, that for one of the most intriguing and controversial transfer deals to have taken place this summer, all of this will be noticeably absent. No sea of long lens cameras. No bespoke shirt held aloft before the assembled media. No lap of the pitch before an expectant crowd, eager to catch a glimpse of the latest superstar to declare his delight at having the opportunity to join such an illustrious club.

Having just sunk his teeth into a fellow professional for the third time, one must assume that somewhere at the back of Luis Suarez’s mind, he knew that the consequences would be swift and severe. What followed was general condemnation from all sides, followed by a worldwide ban on all footballing activities for a period of four months. This, FIFA decreed, would also include any public unveiling of Suarez by his new club, Barcelona.

And so, for the moment at least, fans of Liverpool were spared the sight of their flawed hero parading himself in the colours of his newly adopted club. For some, it should have happened sooner. Suarez’s behaviour in the course of the racism row involving Patrice Evra was seen by many to have brought shame upon the club, and was only compounded by the biting incident involving Chelsea’s Branislav Ivanovic. Others were quick to forgive, the reasoning behind such tolerance easily discernible. The fact remained that Luis Suarez was and is an incredibly talented footballer, who has all but perfected the art of scoring goals.

As of the 11th of July however, he is no longer a Liverpool player. The club, albeit with a much inflated bank balance, must now try to continue with the progress made last year, but without the focal point of their talismanic front man. Some believe this will be an impossible task. Suarez was, for much of season, imperious. A return of 31 goals in 33 league games reflects this, prompting others to claim that the Uruguayan is also irreplaceable. This may well be the case, but it still falls to Brendan Rogers to attempt to smooth the transition as Liverpool prepare for a new league campaign, which will now include the challenges presented by their first appearance in Champions League football in four years.

The Co. Antrim native has wasted no time in setting to the task, having already outlaid close to £60 million in transfer fees since the season ended. Inevitably, comparisons will be drawn with the sale of Gareth Bale by Tottenham Hotspur last year and it is easy to see why. Spurs too lost their best player, and immediately attempted to offset his departure by embarking on a two month spending spree. In total, over £100 million was shelled out on players, but despite this, Tottenham only reached sixth position in the league, a place below their finish in the previous season and three points worse off than they had achieved in the same year. Few could have predicted that so many of their signings would have under-performed as they did, and while there is still the possibility that these players may yet begin to repay some of their inflated transfer fees, Liverpool will be loathe to adopt a similar approach in the coming weeks and months.

There are already some notable differences in the type of player they are looking to acquire. For one, many of their new signings have proven Premier League experience. Some may argue that this strategy has failed to yield results in the recent past, but the circumstances surrounding the signing of players such as Andy Carroll for the sums of money involved were somewhat artificial. This time there appears to be a more considered approach in place, with players being introduced to fit, rather than establish, a playing style. Both Lambert and Lallana enjoyed successful campaigns with Southampton last season, while the performances of Loic Remy, rumoured to be joining Liverpool in the coming days, was one of few reasons for Newcastle fans to be cheerful in a season that they would otherwise prefer to forget. Remy would also seem to fulfil Rodger’s predilection for pacy forward players, so often used to devastating effect in the early stages of many of Liverpool’s games in the season gone by.

With a combined transfer fee of just under £30 million, the arrival of midfielders Emre Can and Lazar Markovic may represent something more of a risk. 13 international caps for Serbia, occasional flashes of brilliance during his time with Benfica and a heftier price tag may lead to expectations of a more immediate impact from Markovic, while in Can Liverpool have acquired a player who has represented Germany at all underage levels including 6 appearances to date for the Under 21’s. This would suggest a certain level of ability, and at 20 years of age both offer undoubted potential which will also add extra depth to the squad as Liverpool’s European campaign gets underway.

The Anfield hierarchy have so far appeared keen to back their manager in the transfer market, an area in which his record to date has been something of a mixed bag. The acquisition of players such as Daniel Sturridge and Phillippe Coutinho have proven to be astute pieces of business, the signing of the likes of Iago Aspas less so. However, the team’s performance last year and the aforementioned foray into the promised land of the Champions League has given Rodgers a strong position from which to pursue those he feels he needs to progress.

More players are sure to arrive, as indicated by the hourly snippets of transfer rumour and gossip. There are strong suggestions for example, that the fire sale at St. Mary’s may continue with the arrival of centre half Dejan Lovren. This would again indicate Rodger’s intentions to acquire players with proven Premier League know-how. Lovren, despite a handful of shaky performances, had an impressive debut season for Southampton, and will undoubtedly help to strengthen Liverpool in an area where, for much of the season, they looked at their most vulnerable.

Regardless of this, it will still remain to be seen if the money Liverpool re-invest across different areas of the squad can even begin to fill the void Suarez leaves behind. Another tilt at the title may still be a bit too much to ask. Despite the transfer constraints placed on Manchester City by UEFA, they remain a force to be reckoned with, while Arsenal and Chelsea continue to strengthen already talented squads. Manchester United too will expect much better things under the stewardship of Louis Van Gaal, while other mid-table sides are also sure to strengthen.

There is no denying then that last year will not be an easy campaign for the Reds to emulate, especially with the loss of their much lauded number seven. However, there are reasons too for those around Anfield to hold out hopes of a successful campaign. The nucleus of a side which was responsible for some of the most exhilarating football in the league last year is still in place, while the progress and availability of talented youngsters from the youth set up would indicate the possibility of a bright future to come. Even the departure of Luis Suarez itself could perhaps be spun as a positive. There had been some claims last season that Liverpool had become a one-man team, and that without their main striker any semblance of a title challenge would simply fade away. These opinions will not be lost on the current Liverpool squad and will no doubt be used as a rallying cry in an attempt to bring out the best in those players who remain at the club

As for the now absent Luis Suarez, one would expect that those at Barcelona will not be denied their moment of gratification, and that sooner or later an unveiling of some type will be sure to take place. By that time however, a positive start to the season for Liverpool might just have erased some of the memories of the Uruguayan’s departure and may be replaced by dreams of an unveiling of a different kind, one which would be greeted with even greater scenes of joy and jubilation as they strive to go one step further and secure the Premier League title in 2015.