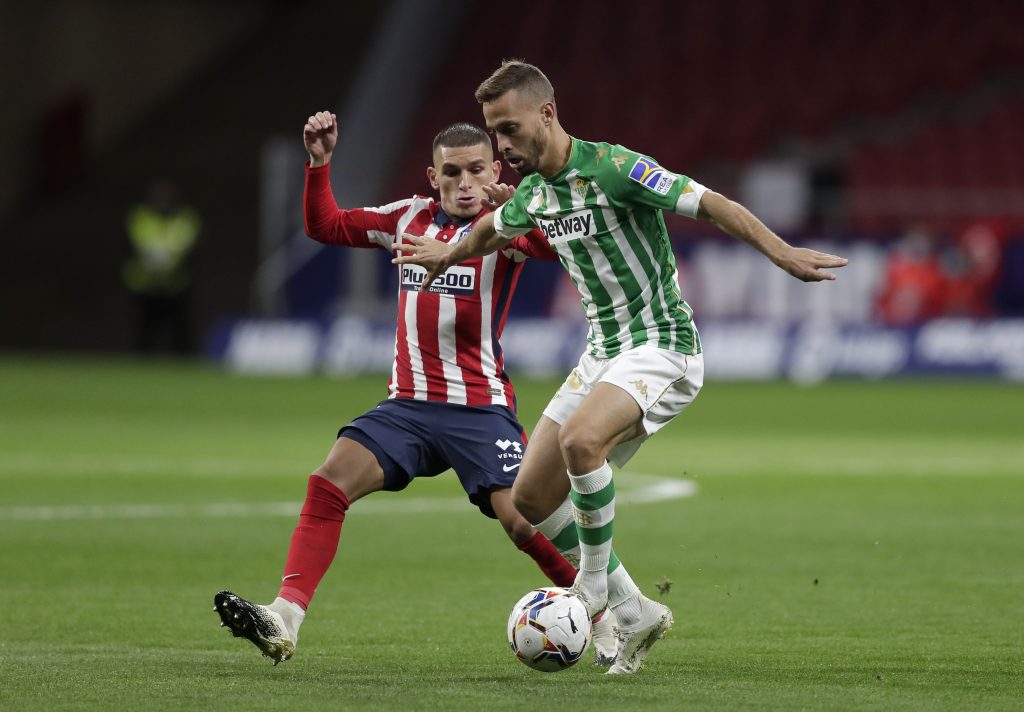 Uruguayan midfielder Lucas Torreira would be open to playing for Arsenal next season if he is assured regular playing time by manager Mikel Arteta, The Athletic reports.

The 25-year-old fell out-of-favour under Arteta following the project restart last term, and he was loaned out to Atletico Madrid before the summer transfer deadline.

His time with the Madrid giants has been a frustrating one with just 629 minutes of playing time, and they are unlikely to consider the option to buy him this summer.

It is now reported that Torreira is open to re-establishing himself within the Gunners ranks next term, but he will want the assurance of regular game time.

Arteta has shown that he is prepared to hand opportunities to fringe players, and Mohamed Elneny has been a prime example this term.

It appeared that the Egyptian could be sold when he returned from the loan stint at Besiktas, but he was instead integrated into the squad.

However, the 28-year-old has hardly started games over the past few months, and Torreira may not be content playing a similar role next season.

Granit Xhaka and Thomas Partey are likely to remain regular midfield choices next term, but the futures of Joe Willock, Elneny and Dani Ceballos (on loan) are uncertain.

The north London side are considering a move for another defensive midfielder, and they have been linked with Yves Bissouma and Guido Rodriguez.

On top of this, the club also need to decide on Matteo Guendouzi’s future when he returns from his loan stint at Hertha Berlin, and Torreira may be better served by moving on.

It was previously reported that Torreira and Guendouzi could each be sold for £25 million when the transfer window reopens this summer.

Read: Arsenal could be handed a big boost in re-signing Martin Odegaard if this happens.