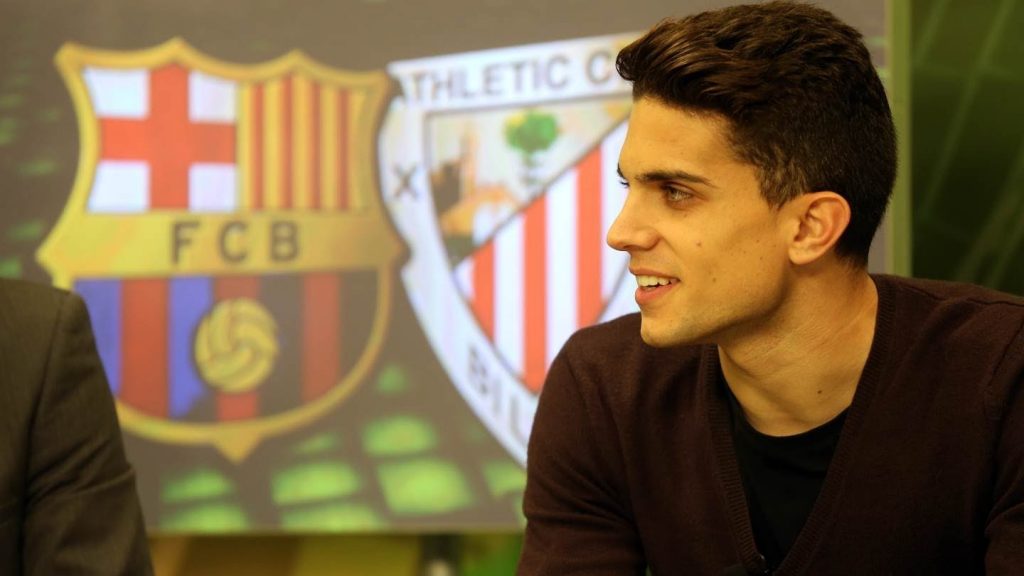 Manchester United are planning a summer move for the out of favour Barcelona centre-back Marc Bartra.

The Spanish international has failed to convince Luis Enrique and does not feature in his first-team plans. The young defender is keen to play regular first-team football and is willing to leave Barcelona at the end of the season.

Bartra was regarded as one of the finest defensive talents a couple of years ago but the young centre-back has failed to progress as expected since his injury.

It is understood that Bartra would cost in the region of £10m and the prospect regular first team football at Old Trafford would be too good to turn down for the 25-year-old.

Louis Van Gaal is keen to sign another centre-back due to the injury problems with Phil Jones and Rojo. Manchester United are desperate for some defensive cover and have identified Bartra as an ideal candidate.

It is highly unlikely that Barcelona will block a deal if the player wants out. Furthermore, if Manchester United meet Barcelona’s demands for the player, completing the deal should not be a problem.

It will be interesting to see if Bartra can continue his progress under Van Gaal if he moves to Old Trafford. The Spaniard is extremely talented and the deal could prove to be a major bargain if he manages to fulfill his potential with Manchester United.