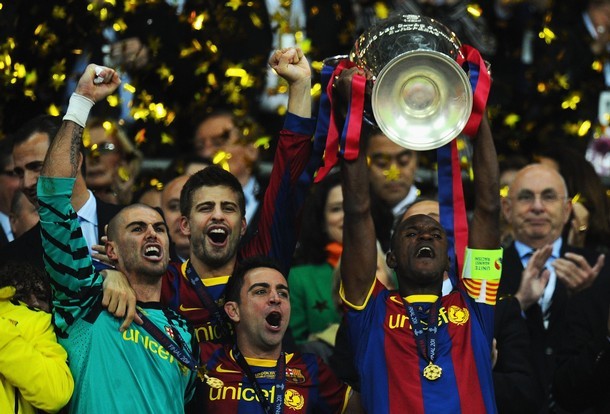 The 32-year-old is a free agent after he was released by the La Liga outfit following his completion of his contract at the end of the last season. The Spain international suffered a horrific injury early this year and since then has been out of action.

Earlier we reported that Valdes could join the Merseyside club to provide support for Liverpool’s No 1 Simon Mignolet. The Belgium international’s is the first choice keeper and is not having competition at Anfield after Brendan Rodgers allowed Pepe Reina join Bayern Munich this summer.

The former Swansea manager was reportedly set to sign Valdes on a free transfer. However, his United counterpart, Louis van Gaal is looking to steal him under the nose of Liverpool. The Dutchman has given an opportunity for the short stopper to regain full fitness at Old Trafford.

“Manchester United manager Louis van Gaal has offered the 32-year-old former Barcelona goalkeeper Victor Valdes a chance to complete his rehabilitation from a knee injury and to work his way back to fitness with the club.” a statement read on United’s official website.

“Valdes, a free agent, will have his recovery supervised by the United medical staff before training with the first team, as he bids to regain full fitness.”

United have the services of Valdes’ compatriot David de Gea as the first choice keeper in the squad. The 20-times English champions have allowed the former Barcelona star to train with United and have not added him to the squad.

It should be seen whether Van Gaal will sign Valdes or will he allow the stopper to just regain fitness at United and help him find a new club.