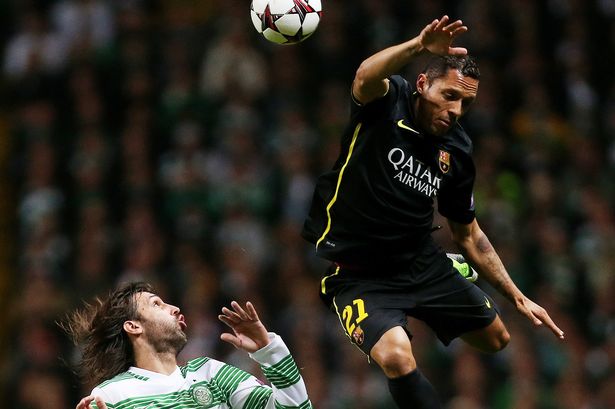 According to reports from Liverpool Echo who have cited a story from Mirror, Liverpool are plotting a summer transfer move for Barcelona full back Adriano. The 30 year old who can play on either wings in the back four has fallen down the pecking order for the Camp Nou side.

The reports states that the player has been made available to potential suitors after falling out with manager Luis Enrique. Despite Adriano having a £15m release clause in his contract, he could be available for significantly less than the quoted figure.

The report which had earlier been reported by Daily Express a couple of days ago state that a £7m bid could trigger a release clause despite the player having a contract till 2017. Liverpool could make a move for the Brazilian with Glen Johnson out of contract in the summer. Adriano who thus has a wealth of experience can be used as a right back as and when needed.

Adriano had earlier joined the Catalan giants in 2010 from Sevilla, five years after moving to La Liga from his home-town club Coritiba. The defender has made 159 appearances having scored scored 16 goals in the process.