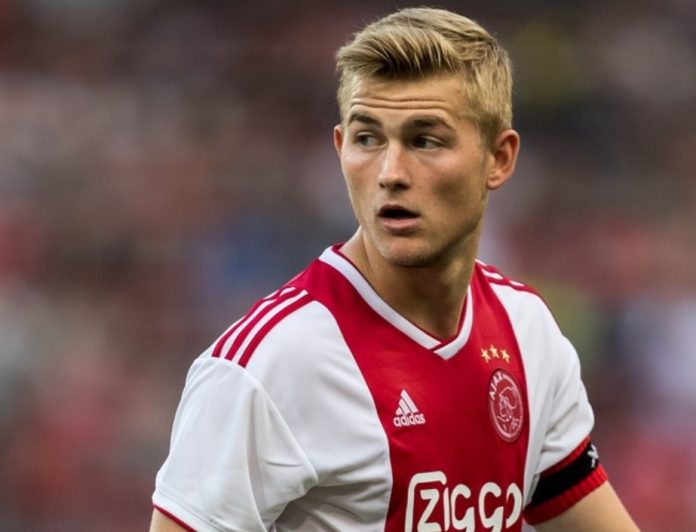 The 19-year-old has earned rave reviews since first breaking into the Ajax starting line-up in September 2016. The youngster has gone to make 74-appearances, and has also established himself as a regular part of Ronald Koeman’s national squad.

Van Diyk rates his International team-mate highly, telling the media of his desire to play with de Ligt at club level.

“He will be on the lists, because they have enough scouts at the club.” But the best scout still stands next to De Ligt in the center of Orange? “No, but if they need my opinion at Liverpool, I’ll give it.”

Matthijs de Ligt is an imposing figure, standing 1.88m / 6ft 2ins tall. He has great positional sense and is also good on the ball with a decent range of passing ability. His strength is somewhat lacking, but being so young that is sure to improve given time.

He has plenty of top-level experience already. Having been part of Ajax’s squad that came close to Europa League success in 2017, he has also represented Ajax in Champions League action.

On a personal level he has recently been named The Johan Cruyff Trophy winner (Dutch Football Talent of the Year) for 2018.

Being so young, de Ligt would benefit from regular first-team football. Any move now would most probably see him loaned back to Ajax to continue his development.

Liverpool would face a lot of opposition for the Dutchman. There is no doubt a number of clubs across Europe who will be fighting over his signature should Ajax be willing to sell.