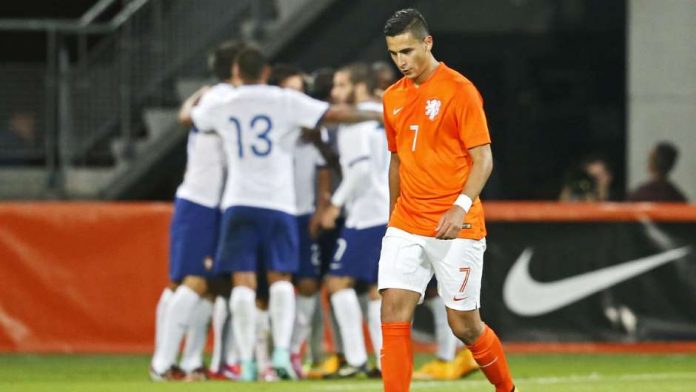 Ajax winger Anwar El Ghazi has been linked with a move away from the Eredivisie this summer and it appears that Premier League giants Liverpool are monitoring the highly talented winger.

El Ghazi was being linked with a move to Serie A with AC Milan being the most probable destination. But now the reputed Italian journalist Gianluca Di Marzio is reporting that El Ghazi prefers a move to the Premier League and negotiations have begun with Liverpool.

The Merseyside outfit are in desperate need of wingers at the moment. Young English winger Jordon Ibe has been a major disappointment this season and could be moved on in the summer. Academy star Sheyi Ojo is the only out and out winger in the first team squad right now and Klopp is looking to address that this summer.

The likes of El Ghazi, Dembele, Yarmolenko have all been linked with a move to Anfield this summer.

El Ghazi’s agent Jorge Mendes has started working with Liverpool regarding a summer transfer. Di Marzio states that the transfer is in its early stages and no concrete offer has been made to Ajax yet.

It is probably a case of Liverpool trying to agree a deal with the player first, before submitting a formal bid to Ajax.

Whatever the case, El Ghazi would be a very useful signing for Liverpool. The 20-year-old is one of Ajax’s best players and is rated very highly within the game.

Meanwhile, Liverpool have been ordered to pay 8.5 million pounds to Burnley as compensation for Danny Ings.

The Reds will now shell out a record breaking tribunal fee for the England striker. The previous record was held by Chelsea, who paid 6.5 million pounds for Daniel Sturridge.

Burnley were hoping to pocket around 12 million pounds for Ings and Liverpool wanted to pay 4 million pounds. It seems that both sides have met halfway after the tribunal.