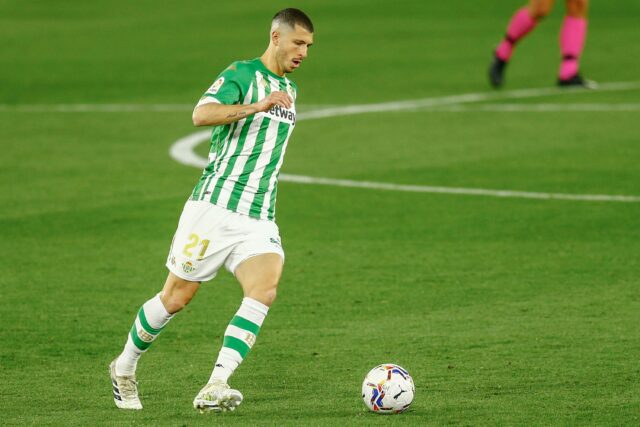 According to reports from Estadio Deportivo, Liverpool are showing keen interest in signing Guido Rodriguez from Real Betis in the summer transfer window.

The Reds could face strong competition from Premier League rivals Arsenal for the player who has a release clause worth £68 million.

However, there are suggestions that Betis may sell him for much less amid the financial impact of the coronavirus pandemic.

The 26-year-old has done well with Betis this season, managing two goals from 28 games.

The 10-times capped Argentine international is good at tackling and interceptions, and he would be a solid addition to both Liverpool and Arsenal.

He is currently ahead of William Carvalho in the pecking order for the defensive midfield role, and it will be interesting to see whether the two clubs make a formal move for him this summer.

Recently, the midfielder has admitted that he is well aware of Arsenal’s interest, but he is currently not looking for a move.

Liverpool are likely to undergo a major rebuilding process after a disappointing Premier League campaign.

Jurgen Klopp could be on the lookout for a new midfielder with Gini Wijnaldum set to leave the club on a free transfer.

In other news, Chelsea will compete with Tottenham to sign Paulo Dybala.