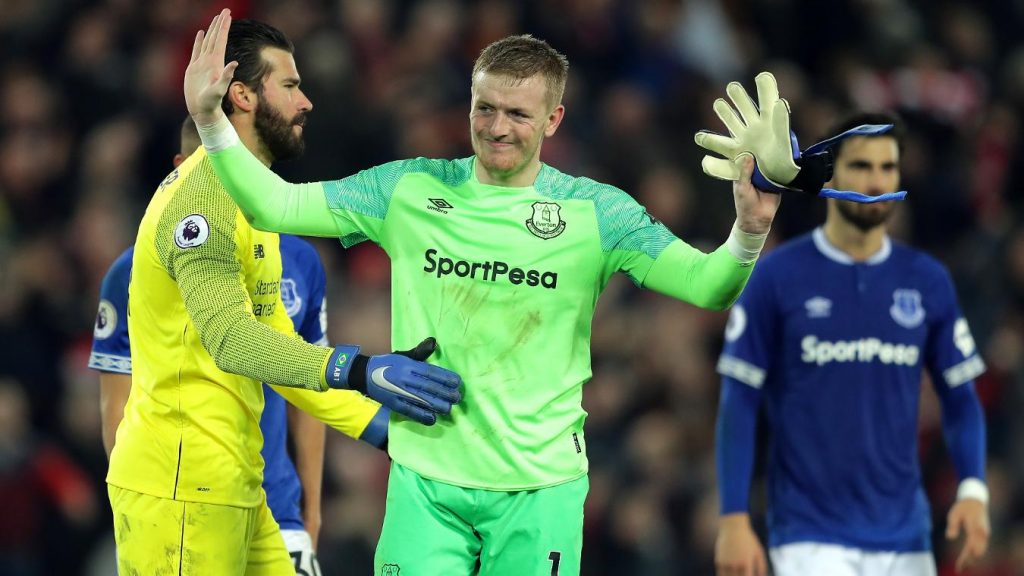 Liverpool will resume Premier League action on June 21 with a trip to Goodison Park to face city rivals Everton, and a win could finally land them the title.

Jurgen Klopp’s side are just six points away from being crowned champions having secured 27 wins out of the 29 games played thus far, but three points will be enough to mathematically make them champions-elect if Manchester City lose to Arsenal on June 17.

Liverpool would definitely love to win the title at Goodison Park, but Everton goalkeeper Jordan Pickford believes the Toffees can stop them and hand them their second league loss of the campaign.

“We want to win every game we play and any sort of derby match is massive for the fans and for players,” the England international told Sky Sports News.

“We want to show how good we can be and we have an opportunity to beat them. We know they are a good side, they are top of the league. We just want to do our best and try to beat them.

“We know we have the ability in the squad to beat them. We just want to do it for ourselves and our fans.”

Everton last secured a win against Liverpool in 2010, and will hope to do so in the coming days after 21 failed attempts. They were handed a 5-2 drubbing at Anfield in the league in December, before getting knocked out of the FA Cup by a second-string Liverpool side a month later, and not many Everton fans are confident of their chances of even getting a draw against Klopp’s side.

Pickford’s comments haven’t gone down well with fans from both sides, and here is how some of them reacted to it on Twitter:

Last time they said they could beat us😭😂 pic.twitter.com/oukLWa9oEF

They’ve been saying that for 10 years.

Imagine saying that after Liverpool U21 beat their first team 😂

This guy never learns doesnt he. I remember when he said he wouldn’t make blunders like Alisson and then made a few absolutely crazy ones himself.

Not with you in goal mate