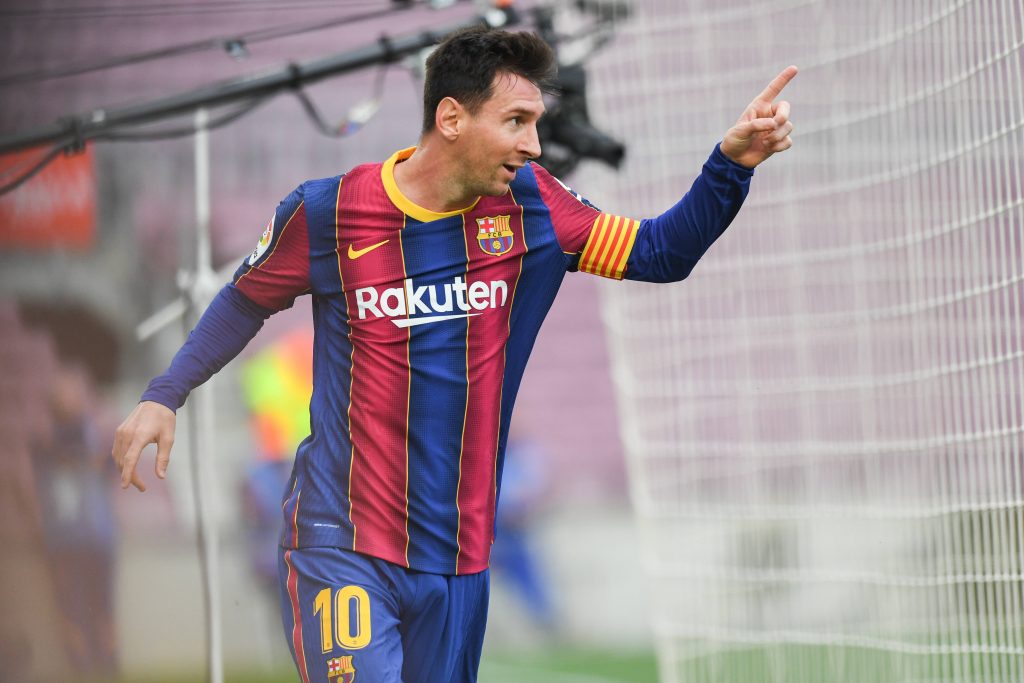 Argentine star Lionel Messi is set to commit to a new five-year contract with Barcelona after agreeing to take a 50 percent pay cut on his wages, Goal.com reports.

Messi is currently a free agent after the expiry of his contract on June 30, but Blaugrana president Joan Laporta has repeatedly said that the 34-year-old will extend his stay.

La Liga recently approved the registration for Messi with the assurance that the Catalan giants will significantly reduce their wage bill to meet the new salary cap.

It is now reported that Messi has decided to remain a one-club man and will put pen-to-paper on a new long-term deal to keep him at Camp Nou until June 2026.

He was previously earning a staggering €75 million per year and has agreed to take a 50 percent pay cut to extend his two-decade-long stay with the club.

The Blaugrana hierarchy are still sorting out a few minor details. An official announcement over the extension could be made in the coming weeks.

Messi has been on the radar of Paris Saint-Germain in recent weeks, but it was always anticipated that he would end up staying with Barcelona.

At 34, he remains one of the best players in the world, and the Blaugrana value him highly both on and off the field. He brings the major share of their revenue.

It was always a question of when they would extend his stay. A stunning 50 per cent pay-cut shows his commitment towards the club, who are struggling financially.

Despite his decision, the club still need to lower their wage bill by around €175m before they will be permitted to register any of their new signings.

However, the pay cut should ease the financial burden on them in the long term. They could also use some of the saved funds to bring in new signings.