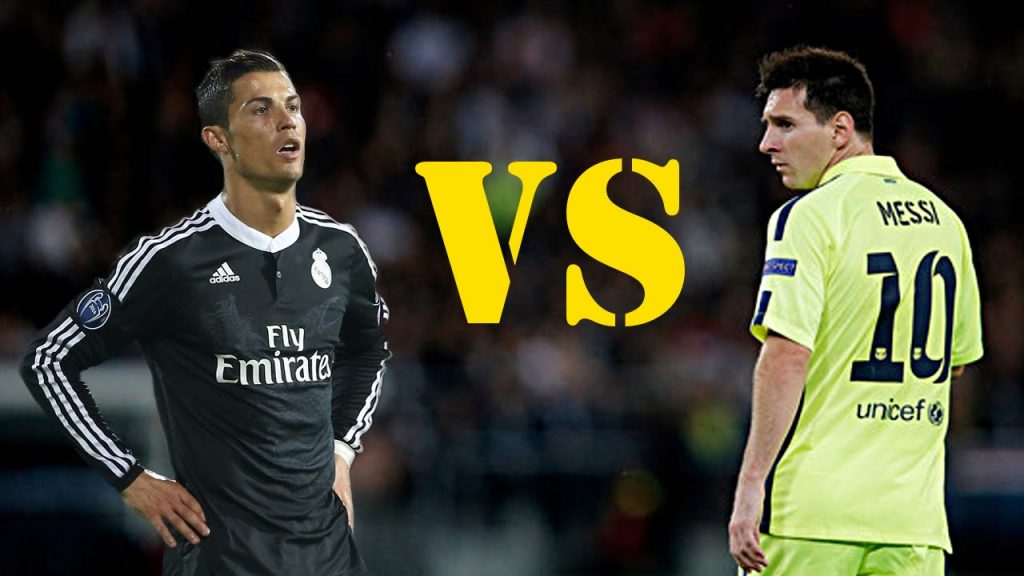 The La Liga title race looks set to go right down to the wire, with both Barcelona and Real Madrid winning again yesterday at home.

With two points separating the Catalan leaders from the chasing capital city side, one negative result could be all it takes to decide the destination of the league title.

The respective talismanic figures of the Clasico clubs continue to fire their teams towards success, with both Cristiano Ronaldo and Lionel Messi getting their names on the scoresheets yesterday.

Coincidentally, these goals also chalked up significant personal landmarks for the pair, with their goalscoring feats continuing to be unique in the modern game.

Messi’s strike in the 2-0 win over Valencia was the 400th Barcelona goal of his career.

The diminutive Argentine has already become the Camp Nou side’s all-time leading goalscorer and it appears that he is running out of accolades and records to chase down. 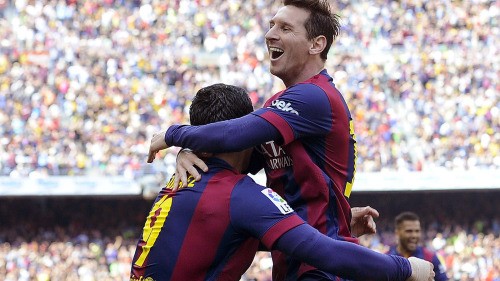 At 27 years old, there is certainly scope for Messi to set a personal scoring record at Barcelona that could be unattainable to the future generations of Blaugrana stars.

Interestingly, with Luis Suarez getting amongst the goals yesterday also, the collective Barcelona attacking triumvirate, which also includes Neymar, are closing in on a combined record.

In the 2011-12 campaign, the Catalan front three of Messi, Alexis Sanchez and Cesc Fabregas tallied a staggering total of 101 goals in all competitions.

With potential for 11 more Barcelona fixtures this season if they reach the Champions League final, another collective record looks set to be broken.

Despite Messi’s goal against Valencia being his 35th in La Liga this season in 31 matches, personal nemesis Ronaldo still leads the chase for the Pichichi.

The Portuguese star’s late strike against Malaga makes it 39 in the Spanish top flight this term – in only 29 games.

Ronaldo’s goal, which came after he had already missed a penalty, was his 50th in all competitions this season in the space of 45 games.

Interestingly, it is the fifth season in a row that Ronaldo has scored 50 goals in all competitions – becoming the first player in Spanish football history to achieve the feat.

Ronaldo surpassed the 300 goal mark for Los Blancos last month, achieving the triple-century in only 288 games.

The Santiago Bernabeu club has only two players that have scored more times in the Spanish capital throughout its illustrious history; Alfredo Di Stefano (307) and Raul (323).

Given that Ronaldo shows no signs of slowing down any time soon, it seems like a matter of when rather than if he follows Messi’s lead and becomes his club’s all-time top scorer.

Despite both Ronaldo and Messi’s unrelenting goalscoring, they are also top of the La Liga pile when it comes to assists.

The Argentine leads the way with 16 goals created, while Ronaldo is two behind the South American on 14 after setting up Sergio Ramos and James Rodriguez yesterday.

Having the modern era’s two best players plying their trades on opposite sides of the Clasico divide only adds to the common acknowledgement that Real Madrid and Barcelona are the two biggest clubs in world football.

With a chance that these two juggernauts will still come to blows in the Champions League as well as continuing their domestic tussle, it promises to be a captivating end to the season.

Finally, with the continued unmerciful goalscoring exploits of both Ronaldo and Messi, the duo have already etched their name into history as two of the best to ever play the sport.