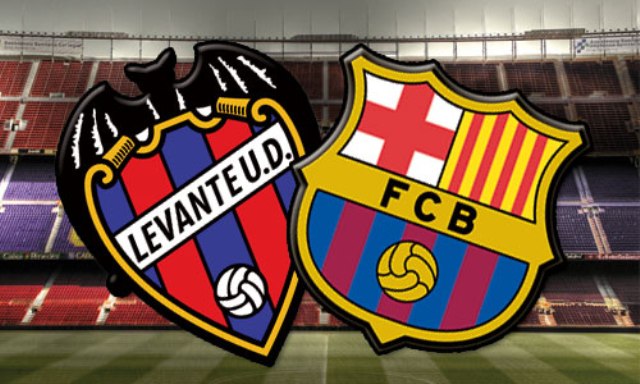 Barcelona are simply unstoppable at the moment. The trio of Messi, Suarez and Neymar have taken this side to an altogether different level and are strong favourites to win the La Liga title again.

Luis Enrique’s men have a chance to increase their gap on their rivals when they face Levante on Sunday. Barcelona are heading into this match on the back of a stunning 7-0 victory over Gary Nevile’s Valencia. Will there be another goal fest this weekend when they take on yet another side from Valencia?

Barcelona have won their last nine games and are unbeaten in their last 27 games in all competitions. Their last defeat came on 3rd October, when they lost 2-1 against Sevilla. It should be another routine victory for the Catalan giants, unless Levante produce something special.

Levante have won only twice in their last 12 games, but interesting to note, they have won their last two home games in the league against Las Palmas and Rayo Vallecano.

Deyverson is available for selection after suspension and he is expected to partner Giuseppe Rossi upfront.

Javier Mascherano is expected to partner Gerard Pique in defence, with Ivan Rakitic should come into the side after being rested in the Copa del Ray tie against Valencia.

9 – Barcelona have won their last nine games in all competitions