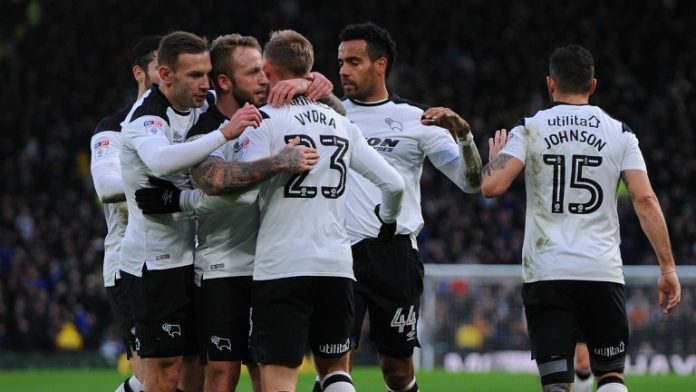 Derby County host Leeds United on Wednesday aiming to get their Championship promotion bid back on track.

The Rams head into the game fourth in the table, three points behind second-placed Cardiff City. Leeds are down in 11th place, eight points adrift of the final play-off position.

Derby have gone off the boil in recent weeks and former Leeds midfielder David Prutton has tipped the visitors to secure a 2-2 draw at Pride Park (16/1 with Sky Bet).

“A few weeks ago they looked hot favourites to finish second behind Wolves, but only one win in five has allowed Cardiff and Aston Villa to climb back above them.

“Leeds will be feeling good after that late comeback against Bristol City, but draws aren’t good enough for them if they’re going to get anywhere near the top six again.

“Both teams have to go for this one, and I’m backing an entertaining draw.”

Leeds did well to recover from two goals down to draw 2-2 against the Robins on Saturday, but their recent record against Derby isn’t good and they could find it difficult to successfully deliver Prutton’s prediction.

Derby have lost just three of their last 19 meetings with Leeds in all competitions and look a decent bet at 4/5 to pick up three points on Wednesday.