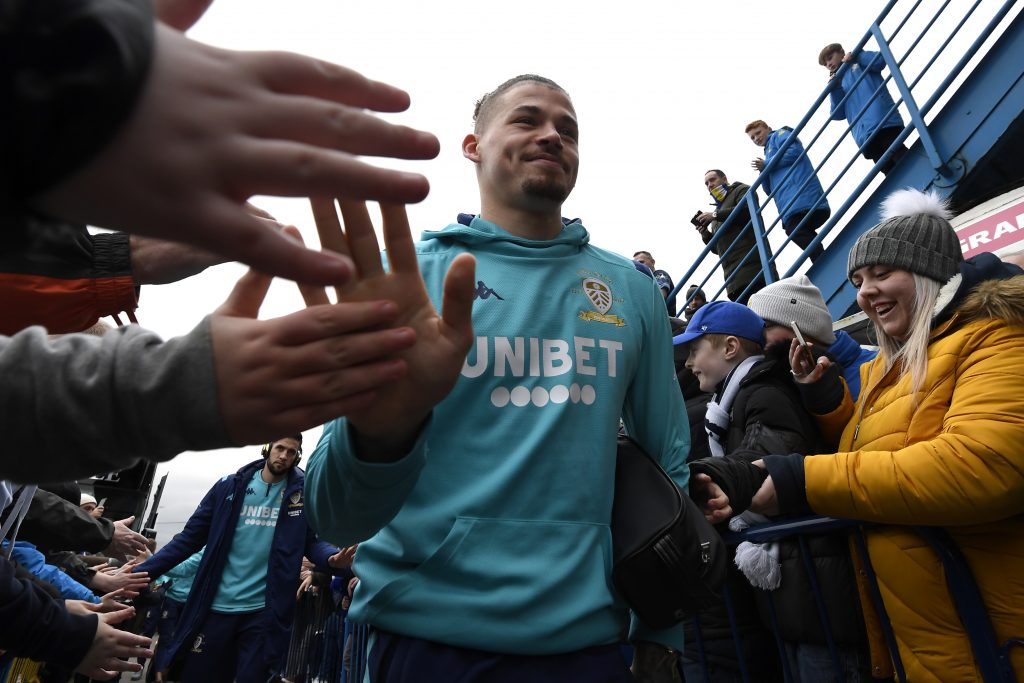 Leeds United midfielder Kalvin Phillips signed a new five-year contract to remain at Elland Road last September, but he was on the verge of joining Aston Villa just a few weeks prior to that.

Dean Smith’s side were keen to land the Whites star having secured top-flight promotion and he was also very much interested in leaving Leeds to play Premier League football.

A significantly increased salary was guaranteed while the opportunity to boost his chances of earning a call-up to Gareth Southgate’s Three Lions squad ahead of Euros 2020 was also on the cards.

However, Leeds’ director of football Victor Orta convinced him in the last minute and Phillips is grateful that the Villa move fell through.

The Midlands side are at the risk of relegating after just a season back in the big time, and they only got out of the bottom three for the first time since February following a hard-fought win over Arsenal last night.

“I’d have been absolutely devastated (if I was somewhere else watching Leeds clinch promotion from afar). Honestly, I would. I’m so pleased Victor told me I wasn’t leaving. I said that to him last night. He was thanking me for staying but I thanked him. I told him, ‘If it wasn’t for you, this wouldn’t be happening. I’d have been getting relegated with Aston Villa instead’.”

Villa will need other results to go their way on Sunday if they are not to play in the Championship next term, and the uncertainty surrounding their survival is definitely not better than the assurance of playing Premier League football Phillips has just gotten.

Remaining at Elland Road for one more year paid off in the end even if Villa do escape the drop, and the 24-year-old will now look to finally prove his worth in the top-flight.