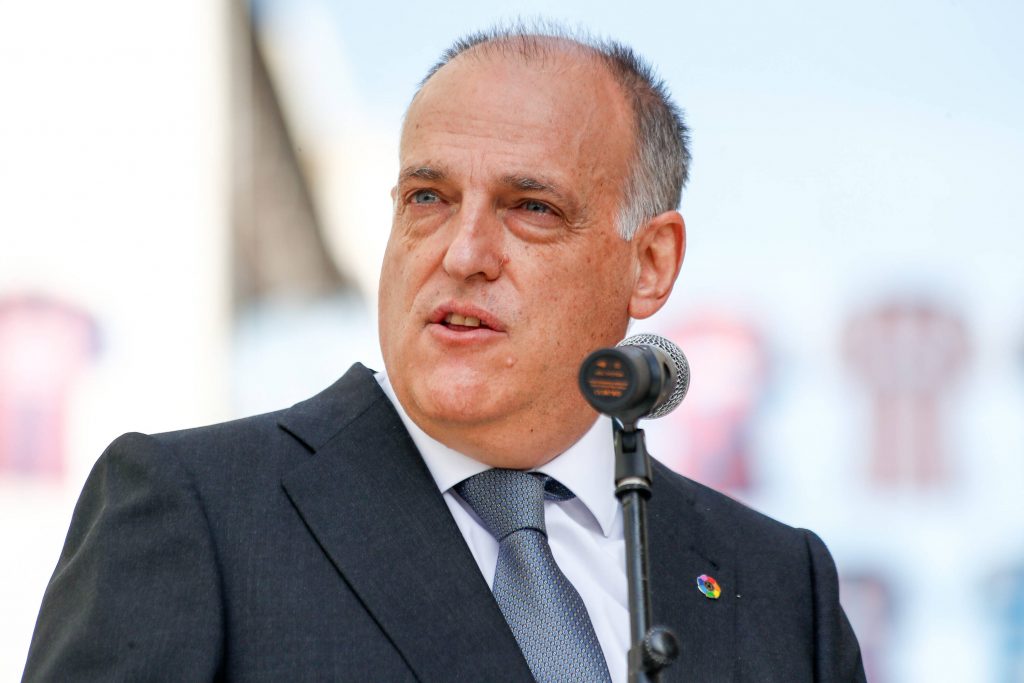 Back in April, 12 of Europe’s top clubs announced plans to break away from UEFA and form a new competition.

This caused absolute chaos in the world of football, with fans, pundits, players and managers all speaking out against the proposal.

However, the plan lasted just two days before collapsing. Chelsea were the first to pull out, and the rest of the Premier League clubs soon followed.

Only Barcelona, Real Madrid, and Juventus remain in the ESL. However, La Liga president Javier Tebas strongly disagrees and has urged them to ditch the idea.

As quoted by ESPN, Tebas said: “I’ve spoken with Barcelona executives in recent days. They believe they should keep doing what they’re doing, and I think they’re wrong.

“The concept of the Super League is impossible. Nine of the twelve clubs have asked to dissolve the company they founded.

“The model they’re defending, without the English clubs – I think it’s dead.”

As of now, it is unclear what further punishments these clubs may face if they refuse to pull out.

It has already been confirmed that they will be allowed to play in next season’s Champions League.

In the Premier League, the sanctions were lenient, with each breakaway club being fined approximately £3.5 million.

Tebas also weighed in on Lionel Messi’s situation at Barcelona. The six-time Ballon d’Or winner has just over a week remaining on his contract, and his new deal may not be financially viable within La Liga’s salary cap rules.

La Liga has a recently-added salary cap of €382.7m per year – about a third of which would be taken up by Messi’s current contract.

Tebas has warned that La Blaugrana will not get special treatment to keep the Argentine in Catalonia.

“There are rules – you can’t raise or lower [the salary cap] just because you want to,” he continued.

“Barcelona know the rules – they know that to bring players in, they have to free up quite a lot of wages.

“With Messi, the same as with (Sergio) Aguero, they’ll have to reduce the wage bill. No rule will change to allow Messi to stay here.”