We thought that it ended for good. But No, we were wrong. The Juan Cuadrado Manchester United transfer saga is back on the front page again.

Cuadrado, courtesy of his wonderful World Cup campaign with Colombia, caught the attention of several top European clubs, like Manchester United and Barcelona. In August, there were even reports that Manchester United had lodged a formal bid of €40m for the highly rated wing back. In the end, neither of the two clubs showed enough desire to sign him and Cuadrado stayed with the Viola. 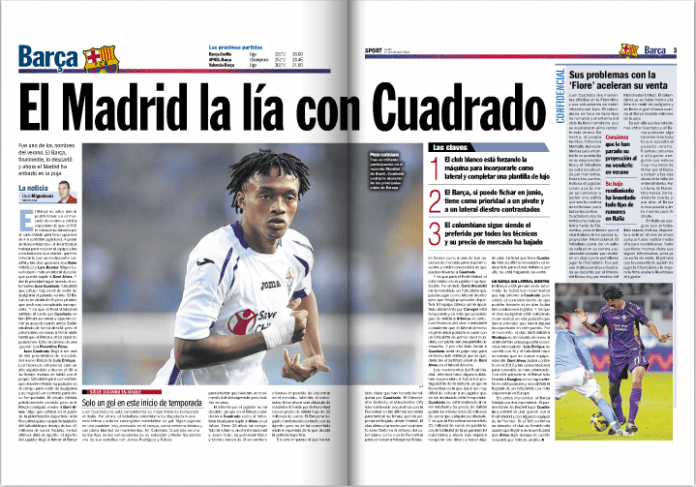 Barcelona are still looking to replace veteran Dani Alves and they are keeping an eye on Cuadrado. In case they are allowed to sign players next summer, they could make a formal move for him. The Catalan giants are currently under transfer ban but they believe that ban will be lifted next summer.

Sport claim that Manchester United have been keeping an watchful eye on him as well and have even held talks with Fiorentina in recent weeks over his price and availability.

Cuadrado hasn’t has the best start to the new campaign and therefore his price might have fallen which should encourage all his suitors to make move next summer.

Manchester United squad have been badly ravaged with injuries with Louis van Gaal running out of luck, as several first team defenders are now out injured. United probably will look for a better alternative than Rafael at the right-back position, but it remains to be seen whether they make any serious move for him in January or next summer.