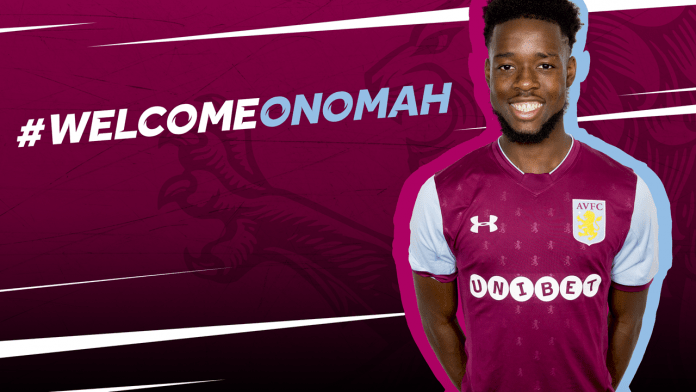 Tottenham have agreed on a deal with Championship outfit Aston Villa for the loan transfer of Joshua Onomah.

The highly talented box-to-box midfielder has extended his contract until 2021 and is set to continue his development with regular first team football at Villa Park now.

.@Joshuaonomah10 has signed a new contract with the Club until 2021 and has joined @AVFCOfficial on loan for the 2017/18 season. pic.twitter.com/SAJ7ZK47jJ

Initially, Pochettino was unwilling to send the player out on loan but it seems that the Argentine has identified Onomah’s need for regular football.

The Spurs midfielder has been a key player at the youth level for his club and for England. Villa will be delighted to have secured his services for the next season.

The Championship outfit have signed some experienced players this summer and the likes of Onomah will provide the perfect blend of youth and experience for Aston Villa next season.

Onomah is behind Harry Winks in the pecking order at Spurs and the loan move is the perfect option for him at this stage of his career. The 20-year-old made 12 first team appearances for Spurs last season and he is clearly not ready to play week in week out just yet.

It will be interesting to see how Villa use the young midfielder next season. Despite his tender age, he is ready to make an impact in the Championship and aid their promotion push.

Having completed the move, Onomah said: “I can’t wait to get started. This is a huge football club and I want to really make my mark here and prove to be a player the manager can rely on. I know that promotion is the aim and I am here to help us achieve that.”