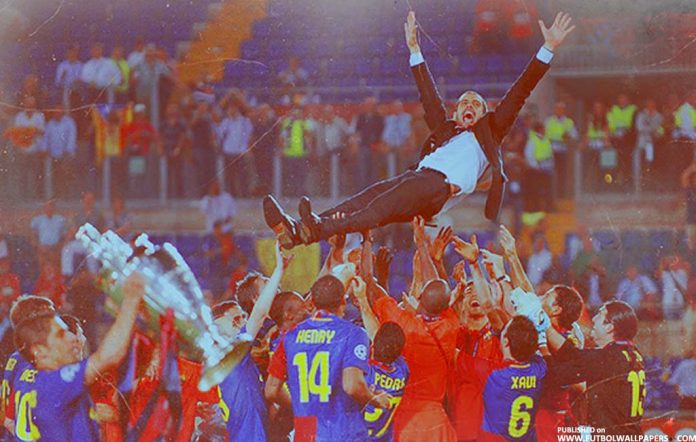 It has been revealed that Barcelona and Pep Guardiola have reached an agreement to renew his contract with the club until June 30th, 2012.

Guardiola is developing into a club legend after an illustrious career as a player, guiding the reserve team to promotion as a coach and then taking over as the head coach of Barcelona and bringing trophy after trophy to Nou Camp.

When Pep took over, Barcelona had spent two trophy-less years under Frank Rijkaard. The club had already seen the exit of everyone’s favorite Ronaldinho but three exceptional players were at the brink of brilliance. Xavi, Andres Iniesta and Lionel Messi were to lead his team to where every Barcelona fan could only dream of.

Staying loyal to the same style he grew to know as a player in Barcelona from 1991 to 2001, Guardiola’s Barcelona played magical football. The man he once said will replace him in the team, Xavi, came out to be the safest midfielder. Iniesta’s ball control mesmerized his opponents and fans alike. The cherry on top was of course the small Argentinean, the reminisce of the great Diego Maradona: Lionel Messi.

In the process, the trio played with some exceptional talent up front. The likes of Samuel Eto’o, Thierry Henry, Zlatan Ibrahimovic and now David Villa are there to complement any move created from the midfield. To anchor the midfield, there was always a strong midfielder behind them. Yaya Toure performed his job very well and even dropped back to defense when needed.

At the back, Carles Puyol and Gerard Pique defended with their lives and scored the odd goal every now and then. Brazilian full back Daniel Alves’s runs down the wing and his crosses into the box have been as lethal as ever. On the other flank, Barca has a very composed and dedicated left back in the shape of Eric Abidal. And you know you can count on your French left back more than anyone else.

Guardiola’s reign brought eight trophies to the Catalonia’s capital. That sounds even better if you know that Barcelona competed in a total of ten competitions under Pep so far. 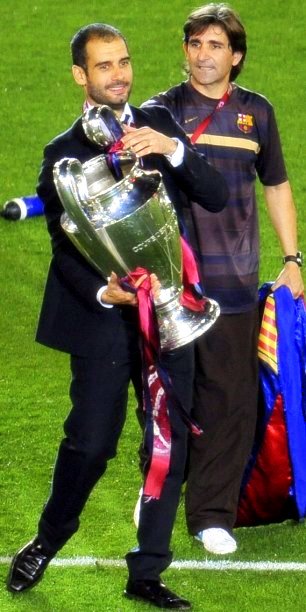 In the two years Barcelona have won the following trophies:

Barcelona have also won a record 16 consecutive league games and currently sit seven points clear at the top of the table. They have qualified for the first knockout round the Champions League and have reached the Copa del Rey final against their El Clasico rivals Real Madrid.

Apart from the club honors, Guardiola has also been awarded ten individual honors since he made a move into the head coaching:

As it is clear from the lists above that 2009 was the best year a club could have and for someone to pull it off at age 40 is something of a very high standard and someone very hard to replace. Undoubtedly, there are coaches that have been in the game for much longer than Pep – just imagine that Guardiola was only three years old when Sir Alex Ferguson started his coaching career with East Stirlingshire in 1974 – but even for them, it will be a wish that they had started their careers like Guardiola did.

There is no comparison of Guardiola with the greats of coaching simply because most of them weren’t given a club with a stature as big as Barcelona’s to start with.

At the moment, Guardiola is a coach admired by millions and despised by even more for what his team has done to theirs. His team’s confidence is high and they seem indestructible and rightly so, he has decided to stay and build on the success he has had so far.

Barca’s all off the field issues – the five year, €150m shirt sponsorship deal with Qatar Foundation and UNICEF’s logo replaced by Qatar Foundation’s – are silenced by their success on the field. They maybe just another football club but they sure perform better than any out there.

As mentioned in the beginning, Guardiola is set to sign a contract extension with Barcelona that will see his reign last till 30th June, 2012.