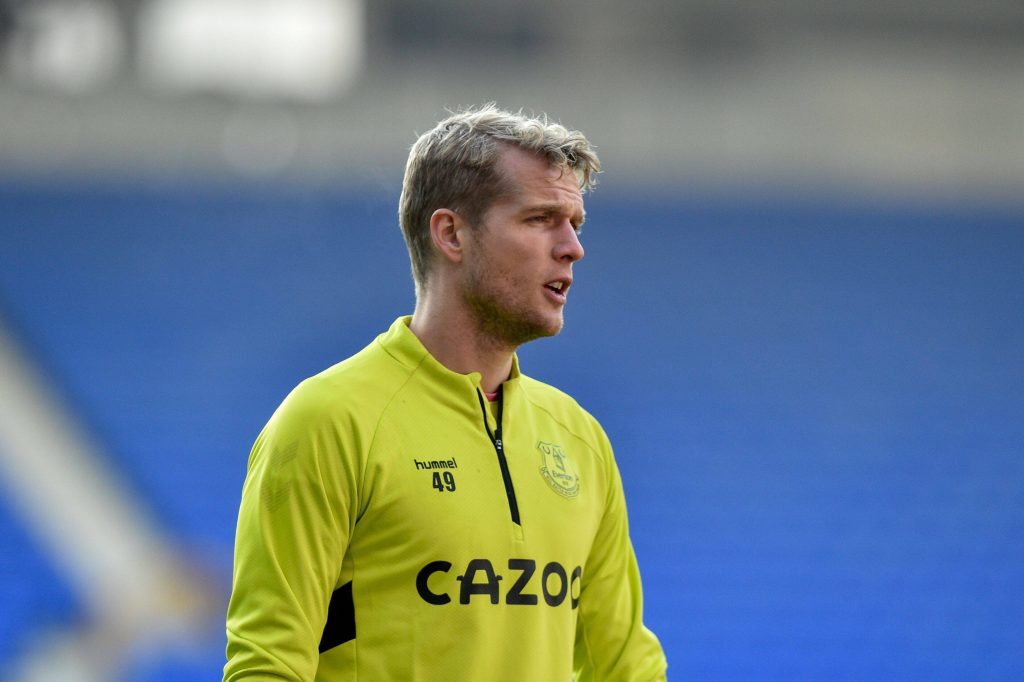 Former Everton goalkeeper Jonas Lossl has spoken out on his decision to leave the Toffees, having not made a single appearance for the club.

Lossl joined Everton back in 2019 following a solid season with Huddersfield Town, despite the Terriers being relegated from the Premier League.

It was expected that Lossl would provide some competition for Jordan Pickford but, after 18 months at the club, he left without having made a single appearance.

Now at FC Midtjylland, Lossl has spoken about his missed opportunity to challenge Pickford and his decision to leave Everton.

“The situation at Everton was not for me,” Lossl explained to The Athletic.

“I went with the expectation and hope of challenging Jordan Pickford and getting game time. Because of different situations, that didn’t happen.

“I thought all along I could go and get in front of Jordan. It was my chance to get into a team like that, but I didn’t take it.

“I didn’t go there to be a third choice and just get my pay cheque. I went to Everton for the right reasons.

“It was about trying to get to a different level, and that never happened. That saddens me, but I need to move on and I’m not going to blame anyone.”

While Lossl didn’t leave Everton until last month, Robin Olsen was brought in on loan last summer to effectively replace him.

The Swedish goalkeeper was expected to fulfil a similar role to his predecessor but has instead challenged for a regular spot in goal.

Olsen has already featured nine times for Everton this season and is expected to rack up a few more appearances before the campaign ends.

The goalkeeper has impressed Carlo Ancelotti so much that he publicly stated that the club would like to sign him permanently at the end of the season.

All-in-all, there is no doubt that Olsen is a much-needed improvement over Jonas Lossl and will continue to push Jordan Pickford.