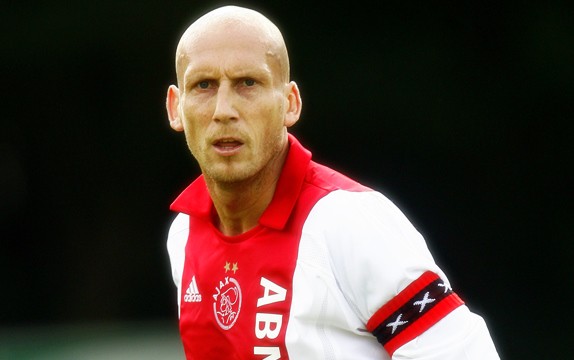 Former Manchester United defender Jaap Stam has agreed a deal to become the next manager of Reading this summer.

The negotiations were reportedly ongoing for the past few weeks and now it appears that the 43-year-old has penned a two-year contract with the Championship club.

Stam, who most recently worked as head coach of Ajax’s U21 and academy teams, will soon be named as the successor of Brain McDermott. The Irish coach returned to Reading in December 2015 for his second spell at the club but was sacked after only six months into the job after failing to win any of their last seven games.

The former Manchester United defender, meanwhile, is expected to be joined by Andries Uldrink and Said Bakkati, who worked with him while managing the reserve team of Ajax.

The Dutchman returns to English football with the reputation as one of the best defenders of his generation, having won three Premier League titles, one FA Cup and one Champions League title during his time at Old Trafford. The 43-year-old also has 67 international caps to his name for Netherlands.

Stam spent four seasons at Man United before moving to Lazio, Milan and Ajax. The former centre back announced his retirement in 2007 and was later named as interim coach and assistant manager at FC Zwolle to start off his managerial career.

Reading, who played in the top flight for first time ever almost a decade ago, finished the season in a lowly 17th position in the Championship and new Royals boss Stam’s appointment must work wonders for the club to return to the Premier League anytime soon.