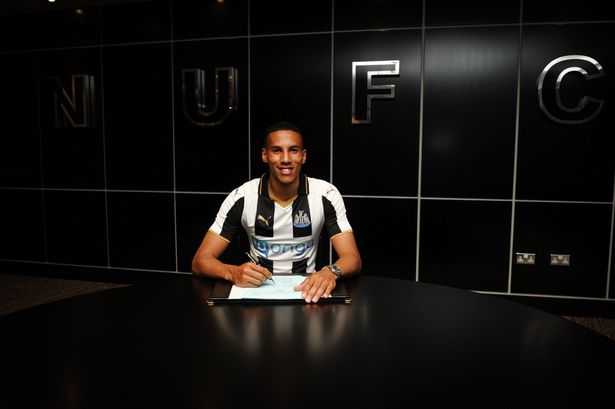 The former Arsenal player handed in a transfer request earlier this summer but the Magpies turned it down. The club informed him that he is a part of their first team plans and that he would not be allowed to leave.

Hayden wants out because of personal reasons. Apparently, he wants to be close to his family.

According to the Daily Mirror, Aston Villa are interested in signing the player. Hayden could still move abroad or to the Championship.

Newcastle have rebuffed approaches for the player earlier this window and it will be interesting to see if they allow the player to leave now.

The 23-year-old was not a part of the squad that faced Tottenham last week and it will be interesting to see if his future is resolved anytime soon.

Hayden would be a superb signing for Aston Villa if they manage to pull it off. The 23-year-old could make a big difference at the Championship level.

Bruce has had limited resources this summer and therefore Aston Villa have not strengthened properly. Signing a player of Hayden’s calibre right now would be a masterstroke.