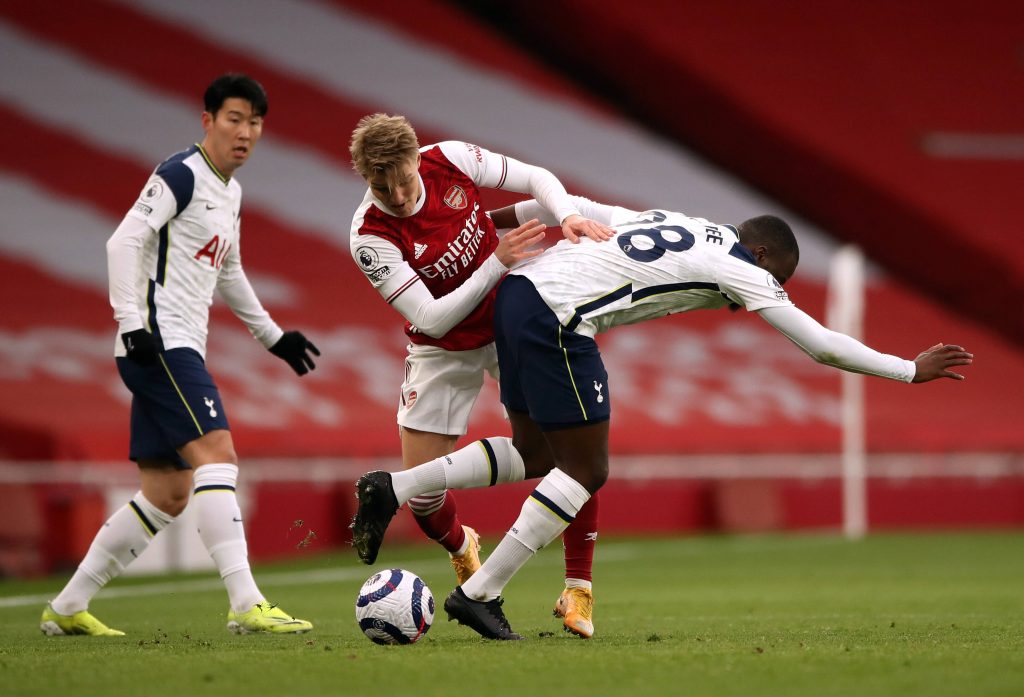 Arsenal went into the international break on the back of a 3-3 draw at West Ham United, and manager Mikel Arteta will be hoping his players can continue from where they left off when the Premier League resumes.

The Gunners found themselves 3-0 down 32 minutes into the clash with West Ham, but they bounced back in style, leaving the London Stadium with a hard-fought point.

Real Madrid loanee Martin Odegaard played a huge role in the comeback, having a hand in all of Arsenal’s goals.

The 22-year-old was also very impressive in the earlier victories over Olympiacos and Tottenham Hotspur, and the Gunners are hoping to retain his services beyond the end of the campaign.

Odegaard joined Arsenal on loan in January and has scored twice in 12 appearances across the Europa League and Premier League.

The Norway international midfielder has already done enough to impress Arteta, his teammates and the fans, and Gunners legend Ian Wright wants the club to pull out all the stops to land him permanently.

“Watching Odegaard play for Arsenal, I’m so happy and I’m so sad,” Wright said on the latest episode of Wrighty’s House.

“Simply because when you look at Odegaard’s contribution, and I was thinking with this West Ham game, it’s going to be different, he’s got (Thomas) Soucek and (Declan) Rice.

“He’s going to be playing in that area where he has got some real ballers with him, and I said before the game, I want to see how he does, and not only does he excel, we go 3-nil down, and the man is literally just showing up.

“On the half-turn, his quick thinking, his passes, as soon as he gets it, he already knows what he’s doing. We’ve to find a way to sign him – I don’t know how it’s going to happen. He’s the one.”

Real Madrid manager Zinedine Zidane is not a huge fan of the Norwegian, and the Spanish giants may decide to offload him this summer.

According to Sky Sports journalist and Italian transfer expert Fabrizio Romano, the Frenchman’s immediate future at the Santiago Bernabeu will be key to the club’s final decision on Odegaard.

Arsenal are “so happy” with Martin Ødegaard impact on the pitch as during trainings, they will try to keep him. Arsenal will talk with Real Madrid at the end of the season, Zinedine Zidane’s future will be key to take a final decision about Ødegaard. 🇳🇴 #RealMadrid #AFC

He has a €350 million release clause, and Arsenal clearly cannot afford even a fifth of that right now.

Wright hopes that around €50m will be enough to tempt Madrid into selling, but both parties might have to settle for a season-long loan deal as they did with Dani Ceballos if they cannot agree on the details of a permanent deal.

In other news, Arsenal reportedly want this La Liga star.