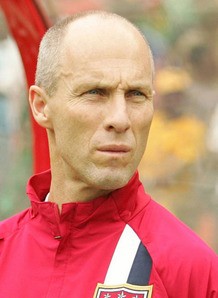 Sunday’s quarterfinal matches show just how imprecise predictions can be. Teams that were considered to be favorites in the Gold Cup coming in are now underdogs and an unlikely group winner looks to continue a good run. So while Saturday features tournament favorite Mexico and a clash between Costa Rica and Honduras, Sunday offers a bit of role reversal for those involved.

Entering this tournament I think it’s safe to say the consensus was that the U.S. was a favorite to reach the Gold Cup finale. Yet after a disastrous friendly loss against Spain and three underwhelming performances in the group stage – including a loss to Panama – the U.S. finds itself an underdog against Jamaica in Sunday’s matinee.

The Yanks enter the game with negative momentum – if there’s such a thing – as critics and fans seem to concentrate on the negatives of the first round of the tournament. Unfortunately, those critics and pessimistic fans have evidence for the position: the team’s form. The U.S. has not played at a high level since the World Cup last summer. And playing against a team that’s streaking and pose significant matchup issues, the U.S. finds themselves in a tough position.

While the U.S. is reeling the Reggae Boyz are looking to get stronger. They’re the fastest team in the tournament and have some quality technical players going forward. For all their speed going forward the Jamaicans are a powerhouse in the back. Jermaine Taylor and Shavar Thomas are rocks in the middle and Donovan Rickets could be the second best ‘keeper in the tournament. It seems as though all signs are pointing to a Jamaica win.

In game where there are a number of good players on the field Johnson could be the most important. Jamaica has speed, power and flair. However, Johnson – a winger for Sporting Kansas City – is the only forward that’s shown to be a goal scorer. Can Johnson punish the U.S. center back pairing and finish the chances that Jamaica’s speed creates? The answer could decide the match.

Prediction: This is very difficult. Go with the recent form or history? History says that even though Jamaica has played better, the U.S. will find a way to buckle down and win. Form says that Jamaica’s the favorite. I’ll go with history – because I think the U.S. will finish its chances this time, but it’ll be close. Very close. U.S. wins 1-0.

This is the match that many could be underestimating. Panama won group C but were far from dominant. They’ll be rested having played just five of their starters against Canada Tuesday. The combination of Blais Perez and Luis Tejada has been very good for Panama and they’ll present trouble for an El Salvador defense that showed it’s susceptible to quick attackers.

El Salvador is a plucky team with a forward who’s playing like a star. Rodolfo Zelaya has made his presence felt in the Gold Cup scoring three goals and could be one of the most dangerous players in the tournament. Around him is a cast of players who have technical skill and the ability to create on the counter. After their opening 5-0 loss against Mexico the prognosis wasn’t good. But it looks like that was a case of Mexico being really good and their following 1-1 draw against Costa Rica and 6-1 destruction of Cuba showed that.

The 22 year old Zelaya is likely on the wish list of any club that’s scouted the Gold Cup. His speed and finishing sets him apart from many other players in the tournament. If the youngster gets his chance he will make Panama pay.

Prediction: This has the potential to be an open game with lots of goals. I will bank on a talented but overshadowed El Salvador in what is a mild upset – if you throw the tournament records out. 3-1 El Salvador.