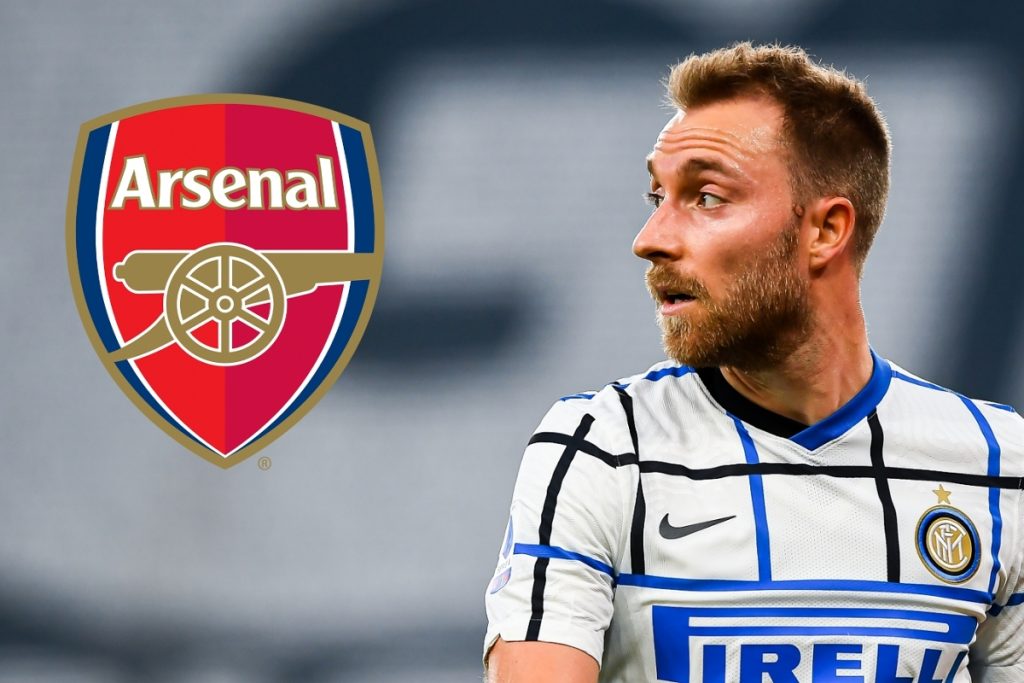 Arsenal manager Mikel Arteta has snubbed the opportunity to sign Christian Eriksen and has instead prioritised the signing of a central defender despite his side struggling to create goal-scoring opportunities, according to Paul Brown of the Daily Star.

Christian Eriksen moved to Inter Milan from Tottenham Hotspur in January 2020 for £17 million. He was expected to be the creative hub of the Italian side but did not fit into head coach Antonio Conte’s system and so has been a bit-part player.

This season, he has made just seven appearances for the Nerazzurri in all competitions and has not had a hand in a single goal. Out of these seven appearances, he has come off the bench three times.

The Denmark international is deemed surplus to requirements at the Stadio Giuseppe Meazza and will look to move on in the upcoming January transfer window. He has been offered to Arsenal but the North London club are not interested in signing him. Paris Saint-Germain and Borussia Dortmund appear to be the two clubs that will fight it out for the 28-year-old’s signature, while Manchester United have also been linked to him recently, although they are not prioritising a player in that position this January.

The Gunners are currently screaming out for a player like Eriksen who would be able to create opportunities for the likes of Aubameyang and Lacazette as well as controlling the pace of the game. Arsenal currently rank eleventh in the Premier League for big chances created (9) and fifteenth for goals scored (9) this season.

The criticism of Mesut Ozil’s game at Arsenal has been that he is a passenger when the team doesn’t have the ball. During his time at Spurs, Eriksen made it clear that he was adept at putting a shift in when his team was out of possession.

The North London side have been linked with the likes of 22-year-old Houssem Aouar of Lyon and 20-year-old Dominik Szoboszlai of Red Bull Salzburg and so it is possible that they are focused on plugging their creative gap with a younger player.

Arteta is reportedly keen on signing a central defender as David Luiz, Sokratis and Shkodran Mustafi will be free agents next summer. William Saliba was signed in the summer and although it is far too early to draw any conclusions on his calibre, he is yet to start a senior game for the Gunners and is clearly not at the level the club expected him to be at this season.

Merih Demiral is a player that has long been linked with Arsenal and he is reportedly still on their radar. The Juventus central defender suffered an anterior cruciate ligament injury last season but has recovered well and made eight appearances in all competitions for the Italian side this season.

He is unlikely to be sold by the Turin-based club and so the Gunners will have to expand their search for centre backs. Could they revive their interest in RB Leipzig defender Dayot Upamecano?

It is completely understandable that the North London club want to sign a central defender and plan for life without a number of their current defenders who will be out of contract next summer.

It must be said, however, that failure to adequately address their lack of creativity in the middle of the park will stall their progress significantly under Mikel Arteta.