Barcelona are behind arch rivals Real Madrid on goal difference and the Spanish champions will be looking to overtake them with a win against Getafe on Saturday.

Luis Enrique will be hoping that the Los Blancos drop points when they take on Las Palmas in an early kick off.

After a splendid season last year, Barcelona lifted the treble. However the Catalan giants have struggled to replicate that form and have already lost twice in the league this season.

The absence of superstar Lionel Messi has been a big blow for the Catalans. Despite having the likes of Luis Suarez and Neymar, Messi’s injury has left a gaping hole in the side.

Former Liverpool striker Luis Suarez bagged a crucial hattrick against Eibar last week and will be the key against an in form Getafe side.

Luis Enrique will be wary of his side’s defensive problems. The Spanish champions have kept just 2 clean sheets so far this season.

Meanwhile, Getafe will be looking to bounce back from their humiliating defeat against Sevilla last week. Fran Escriba’s side has lost just once in their last four league games and will be hoping to exploit Barcelona’s weaknesses.

Getafe have been imperious at home this season and have won three of their four home games.

Luis Enrique travels to Getafe with a depleted squad and will be relying on the likes of Suarez and Neymar to bail the champions out once again.

Argentine midfielder Javier Mascherano begins a two-match suspension, having been sent off for his misconduct towards the assistant referee in the win over Eibar.

The defensive midfielder will be back in time for next month’s El Clasico against Real Madrid.

Barcelona will also be without Douglas for the next couple of months after the defender suffered a fracture in his foot during the Copa del Rey game in the midweek.

Midfielders Sergi Roberto and Andres Iniesta are doubtful for the match with groin and hamstring injuries respectively, while Lionel Messi is still sidelined with a knee injury.

Meanwhile, Getafe will be without Carlos Vigaray after he was sent off last weekend, while Alexis is expected to be available, despite picking up a knock during his last outing. 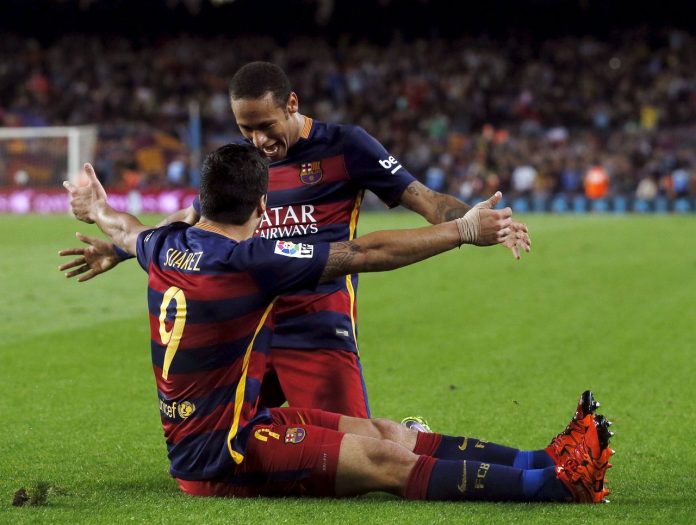 Barcelona have picked up seven wins and two draws in their nine meetings with Getafe.

This will be the 27th meeting between the two sides, with Barcelona winning 18 of the previous 26 fixtures, while Getafe have won just three matches.