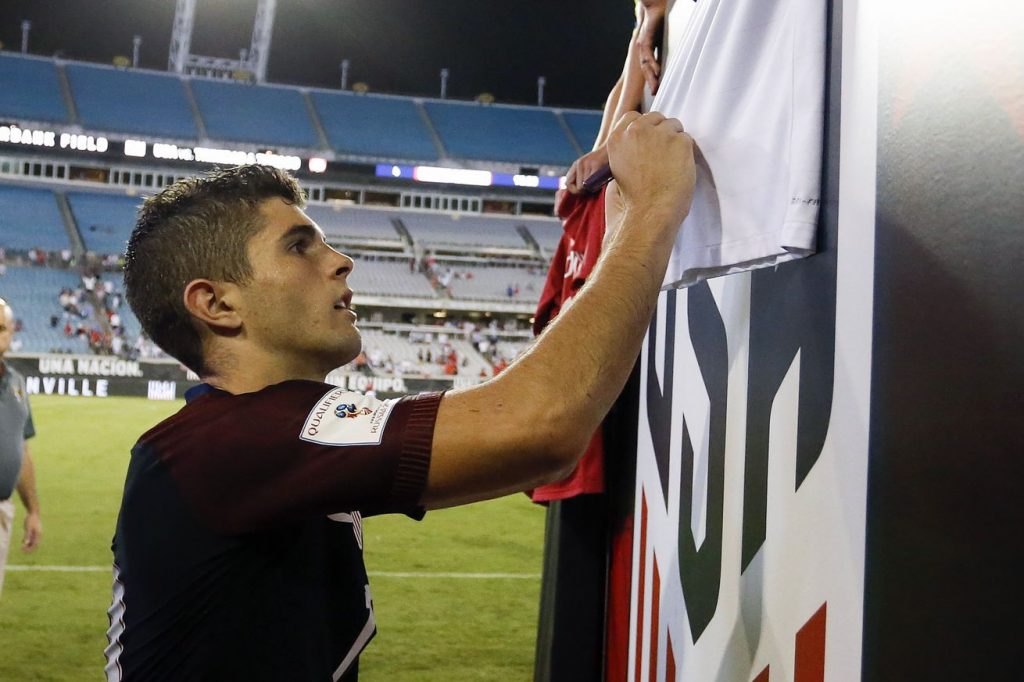 I’ve always compared watching the United States Men’s National Team to riding a rollercoaster of emotions. If you’ve watched the USMNT, you know exactly how boring the ride is yet how occasionally exciting it can be. The consistent mediocrity of pretty much everyone on the field makes you want to change the channel. Seeing bad touch after bad touch from Gyasi Zardes, simple passes gone awry by Michael Bradely, Geoff Cameron and company floundering around in an attempt to clear the ball, and forwards missing tap-ins (*cough Wondolowski) makes me wish I was born in another country. That said, once in a blue moon the USMNT has moments of brilliance. Last night this brilliance was personified in the form of Christian Pulisic.

Yes THAT Christian Pulisic, the 17 year old starlet from Hershey, PA. The savior of US Soccer, the light at the end of a tunnel, Pennsylvania’s Pele, and the soon-to-be greatest American to ever play the beautiful game! While we shouldn’t get ahead of ourselves (see Freddy Adu), one thing is for certain: the Borussia Dortmund wunderkind was the best player on the field Tuesday night as the United States squared off against Trinidad and Tobago.

Pulisic earned his 8th cap for the senior national team on Tuesday in a World Cup qualifier against a T&T side that had drew the Americans last November (it was a vintage mediocre American performance). The winner of this match would top the group moving into the final round of WC qualifying for Russia 2018. The game was relatively meaningless, as both teams were pretty much safe to go through to the Hexagonal of the result, but boy did we get a show from the Yanks. Four goals with strong performances from pretty much everyone and Christian Pulisic, the new number 10, arguably playing the best.

Every time he got the ball he looked  dangerous. The youngster showed confidence by running at defenders as well as creativity by picking out  useful passes. In addition he worked hard on the other side of the ball, making  great tackles to win possession back as well as being disciplined and patient enough to pick off the opposition’s passes. Pulisic’s performance was  perfectly summarized in the 70th minute: he intercepted a pass, made a 50 yard run down the middle of the park, laid the ball of to Jordan Morris, continued his run and received the ball from Jozy Altidore on the six. His one-touch shot failed to beat the keeper, but Paul Arriola cleaned up the rebound. He ended the game with 85% passing accuracy (33 for 39) second only to Michael Bradley (when compared to midfielders and forward who played more than 10 passes).

While he made some mistakes, which is expected from a teenager playing at this level, the bright spots in his performances dramatically overshadowed his errors. He finished the game with three shots on target and  an assist to Altidore. Two of those shots could have easily been goals, the aforementioned in the 70th minute as well as  an attempt off both posts in the 31st, which would make his already impressive statistics quite incredible. Nevertheless, a promising performance from the kid who shows nothing but potential at this point, and a good sign for the future of soccer in the United States. Get used to Pulisic, because he’s the real deal, and he’s just what we need.