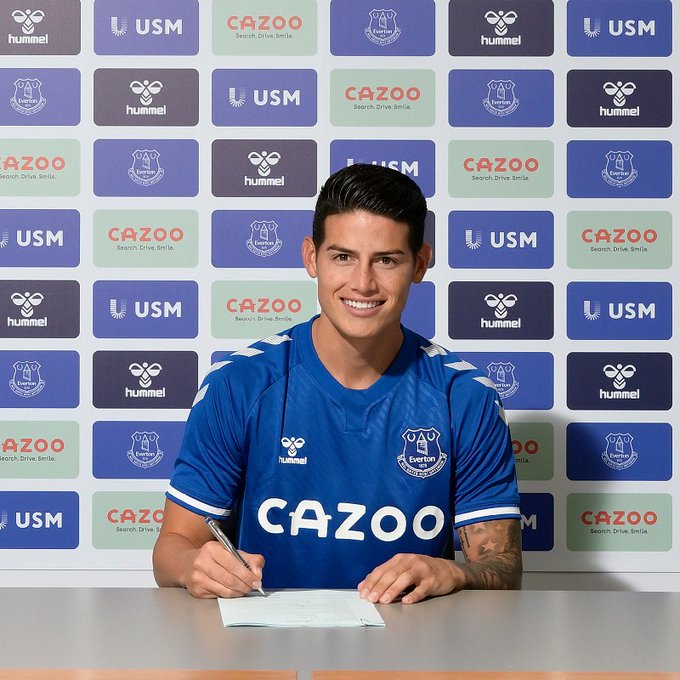 BBC Match of the Day presenter and former Everton striker Gary Lineker has reacted after the Goodison Park outfit announced the signing of midfielder James Rodriguez from Real Madrid.

The 29-year-old, who was the Golden Boot winner at the 2014 World Cup, cost just £22 million, and the Toffees now have a second World Cup golden boot winner in their ranks, with Lineker being the first.

The former England international was the top scorer at the 1986 FIFA World Cup – in the summer after his only season with Everton – and he was quick to remind everyone of the feat while reacting thus to Rodriguez’s arrival on Twitter:

A World Cup golden boot winner at @Everton. Been a while since that happened. 🤪 https://t.co/mkQhdPgUuj

The new Everton man scored six goals during the World Cup in Brazil, helping Colombia to the quarter-final and becoming the first player to score in every single game he played at the tournament since Rivaldo at the 2002 edition.

The feat helped him secure a £63 million move to Madrid, linking up with manager Carlo Ancelotti at the Santiago Bernabeu.

Rodriguez and the Italian briefly worked together at Bayern Munich during his two-season loan spell at the Bundesliga side, and the duo will be together again at Goodison Park.

The Everton manager has been tipped to bring out the best in the midfielder, and it will be interesting to see how he fares in the Premier League.