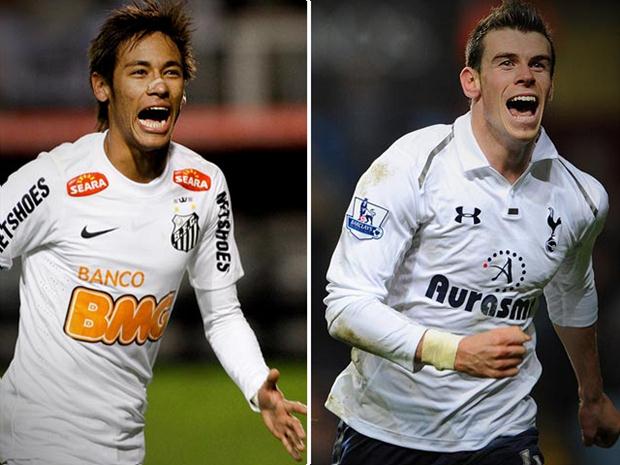 The rise of Gareth Bale over the past few years has been nothing short of meteoric. If there was ever a tale to tell the youth of tomorrow concerning modern day fairy tales, one should look no further than the story of the Welshman; a story that has reached a new climax this summer, with Real Madrid’s forceful pursuit of the 24-year-old.

Like an irrepressible huntsman, Florentino Perez has caught the scent of yet another player to satisfy a glorious precedent that has dictated proceedings at the club for many years. The Galacticos, much like an elite band of jocks at the beginning of the school year, are recruiting new members; and Gareth Bale is the essential target.

‘Essential’ is the opportune word in this situation This is partly due to Real’s unique presidential makeup, which ensures marquee signings almost every year so as to consolidate the credentials of the man at the top, thereby appeasing the fan base, which have become quite accustomed to ‘galactic’ presences around their beloved ‘Los Blancos’.

But the potential capture of Gareth Bale is also a riposte to Barcelona’s signing of Neymar. The 21-year-old Brazilian, arguably the brightest footballing talent in the world today, signed for the Catalan giants earlier this summer in a massive £48.6m deal. This transfer was simultaneously a real coup for Barca, and an equally real kick in the teeth for Madrid – a club which prides itself on being the most attractive destination for any footballer, the world over.

Bale is not only the required marquee signing for Madrid, but due to Neymar’s decision to join Barca, the club’s ability to pry the Welshman away would be a clear sign of the Spanish juggernaut’s continued desirability, as well as being an active respite to the pain of losing the long courted Brazilian teenager. The essential nature of this pursuit is clear after only one look at the figures being thrown around.

£100m is not a difficult sum of money to put into perspective, within a footballing sphere. Not only is it a quarter more than the existing world record fee that was paid for Cristiano Ronaldo back in 2009, but that tear-inducing wad of cash would buy you roughly ‘two of Neymar’, ‘two of Radamel Falcao’, ‘two of Edinson Cavani’; and, if you were feeling adventurous, ‘two of Fernando Torres’.

Liverpool boss, Brendan Rogers, has been sucked into the whirlpool surrounding the transfer saga, with his thoughts firmly fixed on his own star man, Luis Suarez’ worth,

“Throughout the world every player will have a value and worth but you only need to look at the market and 40 million and one pound? Gareth Bale we’re talking about six figures,” Rogers told reporters last week,

“Gareth Bale and Luis Suarez were arguably the two best players in the Premier League last year. So you can’t say that Gareth Bale is valued at over 100 per cent more.”

Gareth Bale has suffered many comparisons due to the world-record figure being quoted to secure his signature; but in my mind, the comparisons should be focused on that man, Neymar.

My point being that if this mind-melting transfer does go through, then a personal duel between the two, statistically speaking, will undoubtedly remain throughout their careers in Spain, due to both the close proximity of the transfers, and the meaning behind them for both Spanish giants.

After enduring a torrid time at left-back during his early Tottenham career, Bale’s problems dissolved like wet cake when he was moved up to left wing, and he has since pushed on to attain a superstar status in only a few short years. This culminated in an accolade-ridden close season of last, where he picked up all three major honours the Premier League can bestow on a single player.

The reigning PFA, Young Player, and FWA Player of the Year lives up to his reputation, and is surely the best player in the English top flight. With 26 goals in 44 games in all competitions, Bale has an innate ability to win games as ‘single-handedly’ as the slightly tortured cliché permits.

Neymar, the crowning jewel in a new generation of Brazilian gems, shares that same, unteachable quality. The 21-year-old consistently scored hatful’s of goals for Santos in the Brazilian top-flight; dazzling and bamboozling opponents with a gloriously arrogant repertoire of tricks, and has consolidated his place as the Brazilian national side’s number one striker. With 24 goals in just 39 international games, the teenager is nothing short of phenomenal.

Neymar has been voted the most marketable sportsman in the world for the past two years by SportsPro magazine, topping the list ahead of fellow Barca superstar, Lionel Messi, as well as the likes of golfer Rory McIlroy, god-like sprinter Usain Bolt, and Madrid’s Cristiano Ronaldo.

Undoubtedly, both players have much to give on almost every level, but for now, it is arguably Neymar who comes out on top. The youngster ticks almost every box, and even has three years on Bale.

The world record fee touted for the Welsh winger is apparent for a great many reasons, none more so than to counter-balance the potentially seismic Neymar transfer. No player is worth in excess of £100m; not one. But as the convoluted web of intrigue grows over this transfer saga, one thing remains clear and constant; Real Madrid’s refusal to be undermined at their own game, especially by the great enemy, Barcelona, will lead them to a great many extremes.